India’s target to achieve 1 lakh megawatt (MW) of solar energy capacity by 2022 got a shot in the arm recently with the SoftBank Corp.-led venture announcing plans to develop 20,000 MW of solar energy generating capacity in the country. Currently, renewable energy constitutes less than 13% of India’s power generation capacity.

With domestic companies like NTPC Ltd also looking to add significant green energy capacities, the share of renewable energy capacities is set to rise soon. While this push will help India reduce its dependence on fossil fuels and curb pollution, the drive faces several hurdles.

The first one is price and affordability. Assuming 15.5% post-tax return on equity, the cost of generation from a solar project that uses quality equipment can be above ₹ 10 per unit, says Harshvardhan Dole, vice-president at IIFL Institutional Equities. 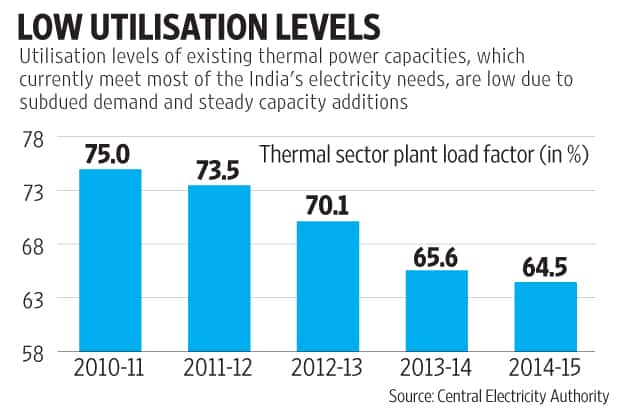 Agree costs are dynamic. Cheaper cost of funds, technological innovations and falling equipment prices means production costs are coming down. NTPC Ltd in April has signed an agreement to sell solar power at ₹ 6.2 per unit to Andhra Pradesh state utilities. Though the price is not steep, it is still higher than average consumer tariff.

Till now the industry is being supported by the government incentives like lower duties, tax breaks and guaranteed purchases by the state utilities. Some companies bundle solar energy with large volumes of conventional energy, which results in a marginal rise in tariffs for the end user.

But if the renewable energy capacities has to see a sharp build up, the moot question is whether the state electricity boards (SEBs), the largest distributors of electricity, have the financial bandwidth to go in for large-scale green electricity purchases.

Several SEBs are currently not even able to buy and pay for relatively cheaper conventional energy. They are estimated to be losing almost ₹ 90,000 crore a year. Even though losses are estimated to come down, forcing SEBs to source a greater amount of high-cost renewable energy will only worsen their financial condition.

The second issue is infrastructure. The existing transmission capacities are already insufficient. Due to inter-state transmission congestion, around 88 million kilowatt-hour of electricity was not traded on an energy exchange last month, Reliance Securities Ltd has pointed out.

The silver lining: Analysts are unanimous that the cost of solar power equipment will continue to fall in the coming years. While this should lower the production cost in future, a surge in renewable energy capacities can put pressure on conventional capacities.

The excess capacities can have an adverse impact on the Indian electricity market. One analyst expects electricity prices will come down. Another fears that conventional electricity producers may face the flak. Given the thrust on renewable energy, SEBs may be asked to procure less from thermal power plants. Clearly, it is critical that demand revives quickly.