Kinks in the non-performing assets of public sector banks

It is generally accepted that directed lending by public sector lenders is one of the major causes for rising bad loans in the banking system. Gross non-performing loans as a percentage of total advances in the priority sector is close to 5.5%; it is only about 3% for the non-priority sector.

However, given the tricky bye-laws and categories of credit management in the Indian banking system, headline numbers can be misleading. As a presentation made by Reserve Bank of India deputy governor K.C. Chakrabarty at a recent conference shows, Indian lenders have resorted to devices such as technical write-offs and restructuring loans to show a reduction in their non-performing assets. 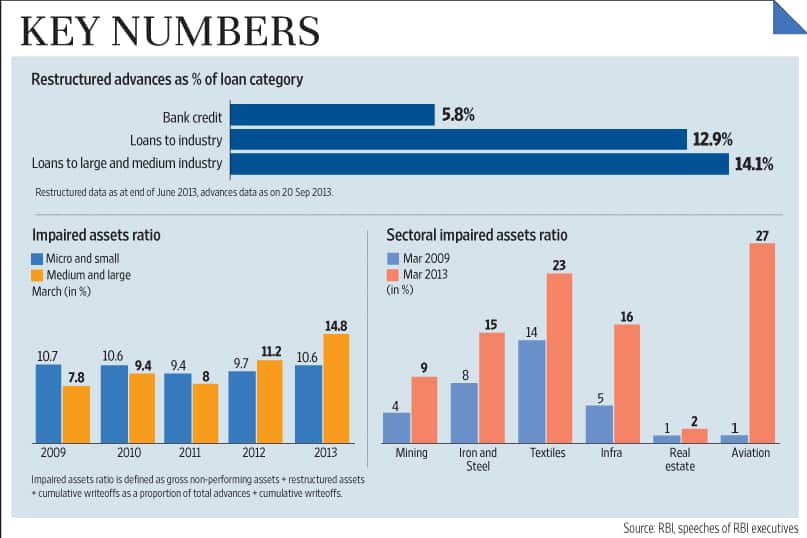 The deterioration in asset quality is the highest for the industries segment, and within it large and medium enterprises, a segment which accounts for nearly half of the bank credit. Sectors such as aviation and textiles are the worst offenders.

Needless to say, public sector banks are at the receiving end with their impaired assets ratio at 12.1%, more than double that of the larger private banks. On Monday, Mint published an article titled Who pays when India’s billionaires don’t go bust?

With a majority of these impaired assets being borne by public lenders, who have to repeatedly go with a begging bowl to the government for recapitalization, the answer to that question is clear: it is the taxpayer.