Home / Opinion / Online-views /  Converting $ to ₹? Two costs to remember
Back
Share Via

You calculated and recalculated the amount your credit card will be charged after the currency conversion takes place for the dollars you spent on your US university application or a book on Amazon.com. But when you actually got your credit card statement, the figure was a little higher. Why? 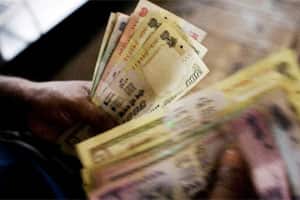 The first and obvious factor that decides how much you are actually spending is of course the conversion rate and the daily fluctuation that it witnesses. In the past few months, the rupee had a roller coaster ride against the dollar. For those who frequently make credit card payments in foreign currencies, these could be tricky times since what they pay could increase/decrease within a day.

How volatility affects your payment? For example, on 9 December (Friday), the rupee closed at 52.0425 against the dollar. However on 12 December (Monday), it closed at 52.8350, a difference of 0.7925. Though the difference appears minuscule, it adds up when you are actually converting a sum. So if you made a transaction of say $100 on Friday, you would have thought your credit card will be billed around ₹ 5,205, excluding other costs. But if the transaction was not settled on Friday but on Monday, then you would have paid ₹ 5,284 plus other costs.

Why is settlement date important? Here is where the day of settlement becomes important. Most banks charge you according to the conversion rate on the day the transaction is settled with the final receiver.

However, the day of purchase and the date of settlement need not be the same. The merchant needs to send the transaction details to its bank, which then takes the process forward , but there could be a delay in the transmission of details from the merchant to its bank.

Says Adhil Shetty, chief executive officer, BankBazaar.com, a bank portal, “Say, if a PNB (Punjab National Bank) cardholder makes an online transaction or a purchase abroad on 14 January and if PNB routes it to Visa gateway on 16 January, the forex rate applicable for that day (16 January) is taken into consideration."

Keep in mind that if the transaction is not in a currency that your bank directly deals in, then the bank will first take the reference rate of that particular currency against the dollar and then convert dollars to Indian rupees. The number of foreign currencies that a particular bank deals in varies from bank to bank.

Conversion rate: According to most large banks’ website, unless a specific rate is required by applicable law, the conversion rate from US dollars to Indian rupees will be at the rates provided by payment facilitators Visa, MasterCard and American Express on the settlement date. With regard to the day of settlement, this is standard across all banks and is applicable on the day when the bank routes the payment via Visa or MasterCard; the forex rates of the same day are applicable.

Apart from the cost you may add (or subtract) due to currency fluctuation, you have to factor in another cost. Most banks levy a transaction fee on conversion of forex into Indian rupees; the range being 2-3.5%.

This is the reason why more often than not you may see that your credit card is charged more than what you expected when you use it to pay in foreign currency. So the next time you use your card for an international transaction, factor in the costs.

How it works (PDF)

Illustration by Jayachandran and Graphic by Paras Jain/Mint