Why are markets rising in spite of GDP forecasts being lowered?

Why are markets rising in spite of GDP forecasts being lowered?

The Indian markets continue to rally despite sluggish growth, persistent inflation and a deficit monsoon. The buoyancy in the markets is in sharp contrast to the economic indicators. Recent data suggests that the growth momentum is slowing. India’s manufacturing purchasing managers’ index for July slowed to 52.9, the lowest level this year, from 55 in June on the back of a fall in export orders. Growth projections for 2012-13 are being revised down. 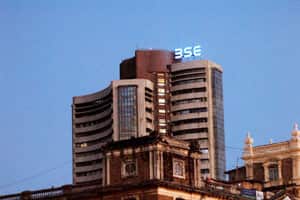 Yet, since the beginning of August, markets are up 2.1% as foreign institutional investors (FIIs) have invested $278.63 million into Indian equities. Even year-to-date, FIIs are net buyers of $10.81 billion, taking the market gains to 13.89%, highest among emerging market peers after the Philippines and Thailand.

What is the reason for the optimism in the markets? “It is the risk on rally which is pushing up Indian markets and nothing really has changed on the ground," said Ambareesh Baliga, chief operating officer, Way2Wealth Brokers Pvt. Ltd. The global cues have turned positive in the past week following upbeat jobs report in US and growing expectations that Europe will tackle the region’s debt crisis.

In India, earlier this week, finance minister P. Chidambaram ordered a review of the controversial general anti-avoidance retrospective tax proposal, which had scared off foreign investors. Expectations are also growing that the new finance minister will take steps to rein in the fiscal deficit by reducing subsidies or by raising taxes on the rich.

Even in July, the markets had gone up following investment-friendly sound bites after Manmohan Singh took over as the interim finance minister, but the government failed to deliver thereafter. “It might be difficult for the government to reduce subsidy, looking at the opposition from its alliance partners," added Baliga.

Sandeep Singhal, co-head institutional equities from Emkay Global Financial Services Ltd, said, “This is only tactical money which is flowing into India. Like most other emerging markets, India is receiving its share. We do not expect the upmove to continue. Why would anyone buy into an economy which is not growing?" Very low interest rates in the developed economies have created a flood of liquidity, which ebbs and flows into financial assets in response to policy actions and promises.

For instance, the MSCI Spain equity index is up a huge 19.6% in the three months to 7 August on the back of the promises made by the European Central Bank chief Mario Draghi. Sometimes asset markets don’t agree with each other. For instance, despite the rise in Spanish equities in the last three months, Spanish government 10-year bond yields have gone up from 6% to 6.8% over the same period. Which is right—the Spanish equity or the Spanish bond market?

In India, time and again the government has tried to talk up the animal spirits of the economy, but they have failed to take concrete steps, not even the most elementary one of raising diesel prices. This time, like earlier, the market rally will only be sustained if the government converts its words into action.