A new kind of decoupling

While the problems in Europe are well-known, emerging markets have been under pressure due to slowing growth rates

Remember the great decoupling thesis? Emerging markets were supposed to decouple from the moribund West and chart a bright new path for themselves, unshackled from advanced economies laid low by the financial crisis. That hope died quickly, as the crisis dragged down markets everywhere and people realised speedily that emerging markets had no immunity to a global meltdown. 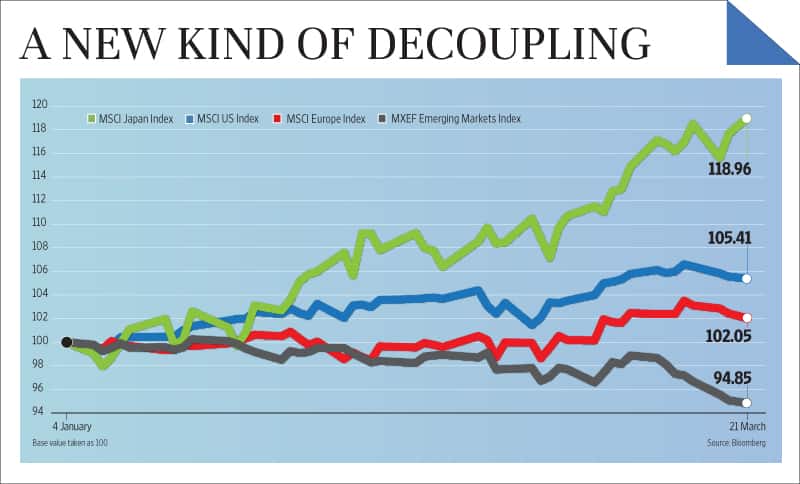 The chart shows, however, that markets are seeing a rather different kind of decoupling this year. The US markets have done well this year, thanks to an improvement in employment, a possible end to consumer reducing loans and the glimmerings of a housing recovery. But as the MSCI Japan chart shows, the star this year has been Japanese market, despite its anaemic economy. The market has rallied on the back of the promise of unbridled liquidity from the central bank, aided and abetted by a weak yen.