Bangalore: Anish Pai, a 32-year-old working with a multiplex entertainment firm in Mumbai, has a ₹ 60-70 lakh homebuying budget and two undesirable alternatives to choose from.

One is a 650 sq. ft resale apartment in Ghatkopar or Kanjurmarg near Kurla, where he lives in a rented flat. The second is a more spacious two-bedroom apartment in Navi Mumbai, but one that will double his commuting time. “I think I shall settle for a smaller flat but which would be closer to office," said Pai, who has been searching six months for a home. 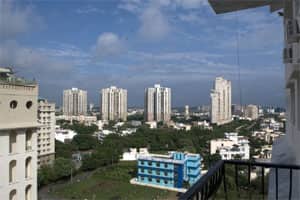 More than 3,950 first-time homebuyers from across the country participated in the online survey that ran during May-June. Many of the respondents were from Mumbai, the National Capital Region (NCR) and Bangalore and most of them were male, in the age group of 26-45 years.

A new survey says first-time homebuyers prefer to buy ready-to-move in houses and value connectivity over location. Mint’s Devesh Chandra Srivastava asks an expert what that says about real estate in India.

Price and connectivity (public transport) over location emerged as the top two buying considerations, with the average budget at below ₹ 40 lakh.

But the big cities have a limited supply of ₹ 40 lakh homes and?more?in?the ₹ 75 lakh range, creating a demand-supply mismatch, makaan.com says in its analysis of the findings.

Also, connectivity is a key criteria as the buyers often have to opt for homes far from the core city where the prices are much higher. The spiralling prices are also compelling homebuyers, particularly first-timers, to move into homes smaller than they want.

According to data from property researcher Liases Foras, the average price of an apartment in Mumbai is ₹ 1.12-2.18 crore, depending on the location. In NCR, excluding Delhi, the price is about ₹ 46 lakh for a similar-sized flat, and less in faraway areas such as Greater Noida, where the supply is large. In Bangalore, the average price of a similar flat is ₹ 67 lakh.

“The biggest challenge for first homebuyers is that what they want they can’t afford and what they are getting is too far away," said Pankaj Kapoor, chief executive, Liases Foras. “The reality is far from the aspirational aspects associated with such buyers."

Property analysts say the developers, in a bid to push sales in a slowing market, are launching small homes but at high prices, or building such homes on a city’s periphery at lower prices. In Mumbai alone, at least a dozen newly launched projects have one-bedroom apartments but are priced at ₹ 65 lakh or above.

In a June research note, Sandeep Reddy, co-founder, groffr.com, a group-buying site in real estate, said that when the going gets tough, one-bedroom apartments come to the rescue.

“The one-BHK (bedroom, hall, kitchen) inventory helps builders accelerate their cash flows as they have higher demand. One-BHK sizes are typically in the range of 500-700 sq. ft and, because of this, the total cost of the flat fits into the budget of more buyers," he said.

Pradeep K.M., an information technology professional in Bangalore, is finalizing a two-bedroom flat in south Bangalore’s Kanakpura Road, about 16km from the core city.

Ashish Puravankara, joint managing director of Bangalore-based realty firm Puravankara Projects Ltd, said about 50% of the buyers in the relatively affordable projects by its subsidiary, Provident Housing Ltd, are first-timers. Provident Housing sells apartments for ₹ 18-30 lakh, depending on the city.

“We have observed from our research that the minimum requirement of buyers is for two-bedroom homes. The location is also carefully selected because connectivity and public transport are key," said Puravankara. About 8 million sq. ft of Provident houses are planned in the next 12 months in Bangalore, Chennai, Coimbatore and Mangalore.

Ramesh Ramanathan of Janaagraha, a non-profit body that works on urban governance issues, founded Janaadhar Constructions Pvt. Ltd a few years ago and launched a one-bedroom apartment project in Bangalore in 2010 priced at around ₹ 7 lakh.

Ramanathan said while it is difficult to develop these projects within the city, given the high land costs, it is important to provide schooling, shopping and access to transportation in such peripheral locations.

“We also learnt that people don’t mind travelling longer to work themselves, but they want primary and secondary schooling facilities for their children in the project or close-by," he said.