Chennai: The Reserve Bank wants larger banks to come out with customer-friendly interest rate policies following the deregulation of savings bank rate like their smaller counterparts in the private sector.

Since the deregulation of the rate last year, said RBI Governor D Subbarao on Wednesday, 7 relatively small private banks have raised it and “expectedly improved their share of this market segment". 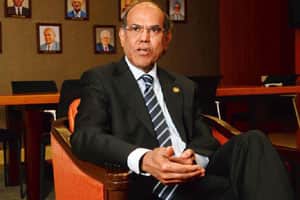 While the banks were allowed to decide interest rate on deposits and lendings in early 1990s, the saving bank segment continued to be regulated as there were apprehensions that deregulation would hurt the asset-liability management of banks and also militate against financial inclusion.

However, Subbarao said belying earlier apprehensions, the adjustment to the deregulation has been fairly smooth.

He said it is expected that whenever big banks respond to the deregulated regime, “...the adjustment will be smooth".

While deregulating the rate in the segment, RBI mandated the banks to provide a uniform rate for accounts upto ₹ 1 lakh while enjoying flexibility in the rates and charges for accounts over ₹ 1 lakh.

This was done to protect small customers whose knowledge levels and bargaining power are low, Subbarao said.