KOTAK MAHINDRA Bank Ltd and ICICI Bank Ltd, too, have come up with teaser home loan rate offers. Under these loans, the interest rate is fixed for initial years and becomes floater, subsequently. 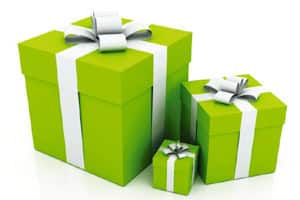 In a telephonic interview, Kamlesh Rao, executive vice-president (mortgage), Kotak Mahindra Bank, said, “We are giving this loan on new as well as old houses, if they are in proper condition. We don’t need a guarantor in most cases."

THE INDIAN mutual fund (MF) industry has crossed the Rs8 trillion mark. As on November, the assets under management stood at Rs8.07 trillion, up from Rs4.02 trillion, exactly a year back. IF YOU wanted to invest in schemes of Quantum Asset Management Co. Pvt. Ltd but were not Internet savvy, now is your chance to get it. After selling funds only on the Internet since its launch in March 2006, Quantum MF is finally ready to walk on the ground.

The fund house is actively looking for listing on the stock exchanges after the recent go-ahead by the Securities and Exchange Board of India (Sebi). The MF’s schemes will be available across 212 centres of Karvy Computershare, its registrar and transfer agent. Earlier, only eight of Karvy’s centres stocked up Quantum’s application forms.

Quantum MF is India’s first no-load fund house whose schemes could only be bought from its own offices and its own website, www.quantumamc.com. As the fund house avoided the distributor route to selling funds, it did not charge any entry load to the investors. The fund still prefers to avoid distributors because it does not believe in paying commissions to distributors, an age-old norm in the Indian MF industry. Note that selling schemes through an registrar and transfer office is not the same as selling through an agent. The latter throws in an advice or two and charges you a commission, the former is a place where you can pick up forms and submit them, without getting any advice.