July started on a positive note for global markets. European and Chinese central banks announced rate cuts and further monetary easing was seen in Europe and the UK. The announcements of the European Union (EU) summit in June-end on rescue funds to banks were positive for the European indices but in China, fears of a slower-than-expected growth continued. From the US, too, economic data and corporate results were mixed, which meant market volatility would continue. 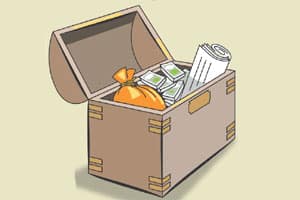 In India, equity funds worth at least $120 million were pulled out.

The biggest worry—inflation—is now corroborated by a bad monsoon.

Adding to the concern is revival in crude price rally—brent crude moved up about 12% to around $106. While urban inflation is at 10.44%, the combined Consumer Price Index is at 10.02%; food and fuel inflation being the biggest culprit. In last month’s policy review, Reserve Bank of India (RBI) continued its tough stance against inflation and kept rates at status quo. But growth is definitely suffering as the Index of Industrial Production (IIP) growth in May was 2.4%, while in April it was revised downwards. Moreover, now that the result season is almost at the end, for 19 Sensex companies, profit growth is at a 13-quarter low.