Buenos Aires: Ever since World War II, the countries of Latin America have served as something of a currency laboratory. Across the region, countless exchange rate regimes have been tried— some succeeding, others failing abysmally. 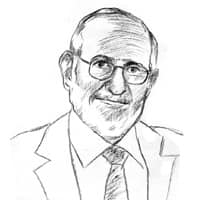 The 1980s was a harrowing decade for most Latin American countries. The second oil shock and high international interest rates, coupled with a lack of foreign investment, led to significant internal and external imbalances and high levels of foreign debt. In all the major countries, this resulted in defaults, significant and continuous exchange rate adjustments, and, by the end of the decade, a severe inflation/devaluation spiral, bordering, in some cases, on hyperinflation.

These traumatic events set the stage for Latin America’s two-decade-long currency roller coaster. That experience was marked by the attempt to use a fixed exchange rate regime as the main policy instrument to control inflation; that attempt’s colossal failure; and the shift, over the last decade, to more flexible regimes, freeing the exchange rate from playing a central role in controlling inflation, but not necessarily allowing a pure float in world currency markets.

At the beginning of the 1990s, with inflation rampant, the three largest Latin American countries decided to use the exchange rate as the centrepiece of their stabilization strategies. Given that international capital flows had restarted, they did not fear immediate external constraints.

Argentina adopted the hardest peg, introducing a quasi-currency board and fixing the exchange rate by law. Mexico and Brazil also put in place fixed exchange rates as part of broader reform policies.

The result of these experiments reminds one of the rueful saying: The operation was a success, but the patient died. Inflation did, indeed, come down; but the real exchange rate rapidly became overvalued. This, together with external shocks and severe recessions, made fixed exchange rate regimes untenable, first in Mexico, later in Brazil, and then, spectacularly, in Argentina.

During the same period, other Latin American countries, particularly Colombia and Chile, adopted an alternative strategy. Their inflation was lower, and they oriented their policies towards maintaining a competitive exchange rate through the adoption of a so-called “crawling band", whereby the currency is allowed to fluctuate within a band around a central parity.

Both countries managed to reduce inflation gradually while maintaining economic growth. Their greater currency flexibility, however, did not prevent the recessionary impact of the Asian and Russian crises of 1997-98, and Colombia did experience a financial crisis in 1999.

The collapse of Latin America’s currency pegs in the financial crises of the 1990s contributed to a shift in the world’s currency paradigm. Coming from different experiences, most countries converged on the adoption of a floating exchange rate, many in the context of inflation targeting.

But what most characterizes Latin America’s experience is that, despite publicly preaching the virtues of a floating rate, the authorities actively intervene in currency markets, this time in different and creative ways. Thus, the exchange rate regime in Latin America today is one of actively managed floating.

During the first part of the decade, intervention was motivated by a desire to avoid devaluation, and therefore to support the inflation-targeting objectives. However, in later periods the objective was to avoid real exchange rate appreciation, and, at the same time, to accumulate international reserves and strengthen credibility.

One important lesson from Latin America’s journey concerns the futility of relying on the exchange rate regime as the main stabilization instrument. Inflation is too stubborn to be tackled without a coordinated set of fiscal and monetary policies. Anchoring the exchange rate is likely to result in disproportionate real appreciation, loss of competitiveness, external and financial crises, and disastrous recessions.

A second lesson is the importance of flexibility. In the 1990s, when hard pegs were in vogue, it was believed that flexibility reduced credibility. Yet, in the end, credibility collapsed because of the lack of flexibility. Now, in a low-inflation environment, flexibility is properly regarded as an important tool to avoid misalignments and to shield economies from external shocks.

But flexibility is not a synonym for “pure" floating. In a highly integrated world of highly volatile prices and volumes, flexibility also implies the capacity to intervene and actively manage the exchange rate. Indeed, a third lesson is that neither hard pegs nor unfettered floating facilitates the preservation of a competitive real exchange rate, which is crucial to promoting and sustaining economic development.

Managing a floating rate has also allowed Latin American countries to accumulate a significant level of international reserves. Despite advice to the contrary, this has been highly stabilizing. There is little doubt that substantial foreign reserves, together with the flexibility to float and intervene, have mitigated the impact of the recent crisis on Latin America, and contributed to its emergence as one of the best-performing regions in an era of deep uncertainty elsewhere.

Mario I. Blejer is a former governor of the Central Bank of Argentina.