Recently, MCX-Stock Exchange (MCX-SX) received the go-ahead from Securities and Exchange Board of India (Sebi) and Reserve Bank of India (RBI) to start trading in currency options.

What are currency derivatives? 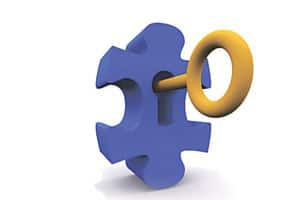 These derivatives can be traded just like stock and index derivatives, among others, on national exchanges like National Stock Exchange (NSE) and BSE Ltd.

Why are they gaining popularity?

The Indian rupee is a managed currency, which means that although officially it has a market determined rate, the exchange rate gets affected as RBI trades frequently in the rupee-dollar market. The rupee has corrected 19.5% against the US dollar since July 2011. The continued sharp fall in the rupee may have caught many importers and exporters off-guard. Typically, companies that deal in foreign currency hedge their business exposure through currency forward contracts in the physical market. But sharp moves mean that even that exposure is vulnerable. Recently, to help stem the slide in rupee, many regulatory restrictions were introduced in the physical currency market that is handled by banks. Experts say this has led many small and some large enterprises to exchange-traded currency derivatives, where they have stepped up active management of their exposure through derivatives in addition to their existing hedge.

Moreover, with trading volumes in assets like equities drying up, the retail trading community has shifted to this segment.

How will it impact the rupee?

As of now, only the USD-INR pair is actively traded with overall turnover on NSE of around ₹ 15,000 crore in derivatives. This is a very minuscule percentage of the overall foreign currency transactions in the country and hence won’t have much impact on the actual exchange rate. The biggest drawback, according to industry experts, is that exchange-traded derivatives can’t be delivered, which makes them less attractive as compared with the physical currency trade in the forward market.