Blame banks, not the system, for the crisis

Blame banks, not the system, for the crisis

Washington: As world leaders meet this weekend to shore up the global financial system, one of its original architects says the 64-year-old system is not the problem. 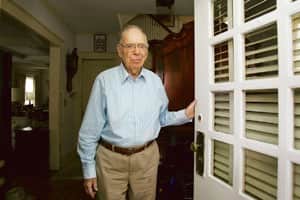 “The task now is not to make a completely new system, which is appealing politically, but it isn’t what the doctor ordered," said Polak, 94, who attended Bretton Woods as a member of the Dutch delegation.

Among the 20 leaders at a meeting in Washington this weekend, UK Prime Minister Gordon Brown and other European leaders want an agreement to overhaul the financial system that was set up at Bretton Woods. The US, in transition between administrations, has been reticent.

Polak acknowledged the challenges facing today’s leaders are vast, but said they are very different from those facing the world in 1944, when the focus was on creating a new system after World War II.

Bretton Woods sought to avoid a repeat of the Great Depression of the 1930s by creating the World Bank to rebuild Europe after the war and the International Monetary Fund (IMF) to oversee an economic system based on fixed exchange rates.

The three-week meeting took place a year before the war ended and involved 44 nations at a time when trade and financial cooperation had virtually ceased.

Polak said today’s crisis will require finding consensus on global regulations and supervision of financial markets, as well as giving emerging market economies a bigger stake in IMF and the World Bank.

“It should distribute the work to think about these controls of regulatory issues that are so important," he told Reuters at his home in Washington. “Then the other matter is what do we do about giving a proper role for India, Russia and China?"

In the intervening years, Polak’s thinning hair has whitened and his Dutch-accented voice has weakened, but he clearly recalls how the 700 representatives gathered at the luxury Mount Washington Hotel in New Hampshire felt the history of the moment.

“There was a conviction among all of us that we wanted to install a better process and all delegations were prepared to make sacrifices and compromises about the ideas they came with, because they were convinced the new system had to be created," he said.

“They were convinced this conference had to end with agreed articles of agreement for the IMF. It simply couldn’t be allowed to fail and people were prepared to act accordingly."

That is one similarity between the situation in 1944 and today, according to IMF historian James Boughton, who noted that a gathering of 20 world leaders at a few weeks notice showed they were taking the crisis seriously.

“As was true at Bretton Woods, the fact that everybody knew the consequences of failure were enormous creates the political will in which major changes can take place," he said.

“And we’re at that point now," Boughton said. “It’s an opportunity and we need to seize the day and take advantage of it."

The Bretton Woods system, based on fixed exchange rates tied to gold reserves and the US dollar, broke down as industrialized countries moved to floating currencies and the influence of capital markets grew.

As IMF lost influence, it has focused on emerging and developing countries, pulling together big rescue packages in the Asian financial crisis of 1997 and 1998. It has reprised that role in the current crisis, with help for Iceland, Hungary and Ukraine.

Polak, a senior economist at IMF for three decades, said emerging economies should have more voting power on the body’s 24-member board. Euro-area countries should consolidate their eight seats into a single one to make room, he said.

He also said governments and even former Federal Reserve chairman Alan Greenspan were warned about the mounting financial crisis, but they didn’t listen.

“The general attitude of the current US administration was of the belief that these things took care of themselves and government should stay out of it, and that turned out to be fatal," Polak said.

“The US was one of the few countries that didn’t want an IMF appraisal of its banking system that most other countries did get."

IMF is not without fault, failing to listen to all the advice it got, said Polak, who still goes to his office at the institution four times a week, walking into its headquarters in Washington with the aid of a frame.

He is expected there on Thursday and Friday, when IMF holds its annual conference to honour his contributions to economic research.

That includes the Polak Model, which explains a country’s balance of payments in monetary terms and which helped define IMF lending for more than four decades.

But he said he is not expecting the world leaders who are meeting in Washington the next day to seek his historical perspective on the current financial crisis.