Mumbai: The Indian private equity (PE) industry is only about a decade old, the same as the life span of a typical PE fund. India, however, has held out the prospect of unusually high returns, on the back of strong growth and seemingly favourable demographics.

There are few markets that offer annual growth of 7-8%, say investors, who agree that India may have risks such as political and regulatory uncertainty apart from questions over corporate governance. Investors say these risks are offset by the large number of family-owned businesses and the options of navigating initial public offer (IPO) exits, making the market very attractive. 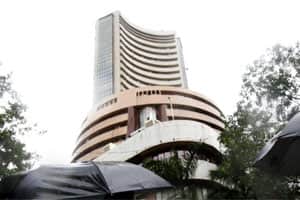 According to the report, PE investments in India have generated lower returns than the Sensex, if management fees and other costs associated with an investment fund are included. Furthermore, at least one-third of these investments are expected to offer negative returns.

“I think the only reason why we are seeing these kinds of results on performance with private company investments is largely because the industry was very young when it first started," said Vikram Utamsingh, partner, transactions, restructuring and private equity advisory, KPMG. “Furthermore, we got caught in a negative cycle of global downturn of 2008 and today’s weak market."

According to the report, private investments had a gross internal rate of return (IRR) of 17.9%. If these investments had been made in the public market, the returns would have been 14.4%. Include fees and other costs, the IRRs earned by limited partners (LPs) fall below the 14.4% return for the Sensex.

These returns are in any case below the benchmark of most LPs and funds, which is to earn IRR of 25% on a typical investment, adjusted for the five-year holding period, the report said. Limited partners are those who invest in PE funds.

“The Indian exits and returns have been disappointing and it would be hard to sell the GDP growth story (from) now on," said Anubha Shrivastava, managing director, Asia, at CDC Group, one of the largest investors in Indian funds, on the phone from London.

Lower-than-expected returns and loss-making exits will continue for the next two to three years. The report says that a significant number of unrealized investments that are held by funds are nearly valued at cost and have not generated any profit. This means that funds will either need to continue to hold these investments in the hope of better returns in the future or will need to sell at cost or book their losses.

“Results are going to be bad for a couple of years because the industry is holding on to a portfolio of investments and you can assume that at least one third of them will make negative returns," Utamsingh said.

India also lags behind developed economies such as Australia and Japan both in terms of overall and realized returns. India now ranks sixth after the US, the UK, Spain, France and China in terms of PE value.

“Domestic growth is happening at the macro level and people are making money. The issue is how you translate that growth into good returns at PE level. Between domestic growth and PE exits, a lot of variables like Sensex, exit period, valuation, and investment selection come into picture," said Shrivastava.

According to the report, deals in the top decile are likely to get returns of over 58%, while deals in the lowest decile could generate returns of minus 40% or less. Deals delivering blockbuster returns (i.e. those offering IRR of over 100%) and those delivering significantly negative returns occur with relatively similar frequency. Moreover, over 50% of the investments tend to generate returns in the range of minus 10% to 30%.

While most promoters prefer IPOs as a mode of exit for investors since it allows them to retain control of the company, investors need to work with promoters to prepare the company for other routes such as mergers and acquisitions (M&As) and strategic sales to ensure exits at the stipulated time, said Mukul Gulati, managing director of Bangalore-based private equity firm Zephyr Peacock India.

“These negative cycles will happen again," he said. “We need to have a plan B, C ready in case the IPO doesn’t work out."

According to KPMG’s survey, during exit discussions, the sharpest disagreement between the promoter and the investor is on valuations and the type of exit. It usually takes between six months to a year to actually exit after the decision is made to do so.

The report reiterates that domestic-driven sectors offer better returns. For example, energy and energy equipment investments had IRRs of 42%, while engineering and construction returned 38%. Healthcare and pharmaceuticals and manufacturing gave returns of around 27%. The lowest performing sectors included auto and auto components and consumer and retail, both of which have eroded capital for investors.

Some of the deals evaluated by KPMG, which were done at the peak of the market cycle in 2007, have yielded an IRR of minus 0.3%. On the other hand, deals done during the uncertainty of 2009 have generated the highest IRR of more than 86%.

Meanwhile, China will continue to score over India as a more attractive investment destination and not just for the exits and returns offered. Compared with China, India has a high cost of entry for private companies. In India, only about 40% of investments are proprietary deals. Intermediated deals are shopped around to the highest bidder, thus raising the entry costs.

“In China, it is possible to get deals at single-digit (price/earnings) entry valuations; in India, it is usually in the teens," an LP pointed out in the report.

Even for proprietary deals, entry valuations tend to be higher than in China because of the relatively high proportion of family-owned businesses in Indian PE portfolios. Owners of such businesses tend to be financially sophisticated and secure, and so are willing to wait for a higher bidder.

According to the report, PE investors are most helpful in attracting the right talent, assisting in developing new business models for the company, improving corporate governance, helping the portfolio company to expand and access new markets, and providing patient capital for the company during its growth phase.

Experts say the short-term impact of what Indian market has been delivering is a shortfall in allocation.

“Lots of LPs, who have been investing in India, are now making informed decisions," said Shrivastava. A lower allocation by existing investors may be a possibility, she said.