The future belongs to exchanges that get into product alliances

The future belongs to exchanges that get into product alliances

Mumbai: Ravi Narain, the 54-year-old managing director and chief executive officer of the National Stock Exchange of India Ltd, or NSE, has played a pivotal role in bringing the exchange to its current leadership position over the past 15 years. Today, as the exchange gears up for increasing competition, Narain is busy upgrading technology, stitching partnerships and going global. In an interview to Mint, he talks about future growth drivers and new products. Edited excerpts:

What are the key growth drivers for NSE?

Several different things. One is to go out increasingly to underserved markets—(those that) are smaller in terms of not being economically viable for intermediaries. To improve the economics of serving in those areas, we try helping (brokers) by picking up the tab on public infrastructure. Earlier, we had given out V-Sat (satellites) to the rural areas at a lower cost; now the same thing we are doing for leased lines. Increasingly, we will try to reduce the cost of commercial public infrastructure, so they (brokers) do not feel the disincentive to service them. That (will) bring in the so-called marginal investors.

Second, the derivatives arena will continue to evolve, unlike cash equity which typically moves at gross domestic product (GDP) plus (rates). The plus comes from some chunks of the unlisted economy becoming listed. Derivatives will continue to bring out newer products and services. 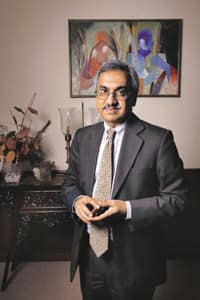 Fourth, newer asset classes—currency, interest rates are classic products which really need hedging. Arguably, the two most important prices are currency and interest rates, (but they are) hard to hedge. That will build over a period of time.

Fifth, of course, while they will never be important revenue drivers, for the exchange per se, both corporate debt and SME (small and medium enterprises). Corporate debt for the first time is showing some traction. (In) SME, homework needs to done. We are in the midst (of doing that).

How soon can we expect the proposed SME platform to go live?

Our increasing understanding is that it’s not a straight- forward question of an SME platform. We need to touch upon various parts of the ecosystem if the platform needs to be successful. The technical side—it’s possible (to introduce it, say) the day after (tomorrow). But for the companies, it’s a big evolution from where they are now. The distribution model is very high cost. The same model that works effectively for a large company (won’t work for an SME. If these costs work out to) 15% of the capital (raised), what does one do? Most of the merchant bankers do not want to build a serious business around small-caps.

Now that Sebi has cleared the final guidelines, they would want you to launch soon?

I agree the ball is in our court for sure.

Are you in talks with other regional exchanges for alliances?

Some conversations have been going on. We are open to the possibilities of getting into similar arrangements like what we have with the Madras Stock Exchange with other regional exchanges. It’s early days. I don’t have any name as of now.

Is growing through partnership part of your conscious strategy? Are you looking at more partnerships?

Our belief is the future belongs to exchanges that get into product alliances. It’s much more durable and sustainable. Because the moment you get into shareholding (in an exchange), you get locked out of others. There are inherent conflicts of interest. It’s complicated. The logic is we should be able to bring in foreign products that will be of interest to our customers as rupee-denominated assets. Their time zone, familiar broker, clearing and settlement...so that it is comfortable and vice versa. We should take our global products like Nifty to foreign citizens everywhere those who can’t directly access India. And those who have access to India, (it will) make their lives easier, provide better services and so on. This is two-pronged strategy for internationalization. First step was HangSeng (exchange-traded fund) and now it’s Dow Jones and S&P 500. Both of these are important as they give diversification to an Indian investor’s basket. Second, (it) allows them some sort of a hedge when they decide to put some foreign stocks in their portfolio.

Are the talks on smart order routing still on? There seems to be a deadlock with the Bombay Stock Exchange (BSE).

It requires a framework. Because the minute you allow an order to be driven between exchanges by certain parameters, and if tomorrow there is an investor dispute or a query that in a given time and circumstance an order has gone to exchange B instead of exchange A, then there must be an understanding of an audit trail or a common timestamp so that we can address such investor complaints. This is the kind of framework we are trying to put in place between the two exchanges and once we have it in place we can start smart order routing. We and BSE are in the middle of writing down a common framework and once we both agree on this, we can start this process.

What’s your view on the role of an exchange as a technology provider? Is there an inherent conflict of interest?

Many markets outside India have independent software providers. India has worked little differently way because when NSE came in there weren’t that many software technology providers. So we took the lead as a software provider as far back as in 1994-95 when we started the exchange. You would think that since we have enough software providers in 2010, the exchanges should completely distant themselves, but even today that is not the case. For instance, when we put out a faster broadcast, many of our front-end software providers couldn’t handle it and it was a very peculiar situation, for which the market suffered.

So if each exchange is going to have some relationship with a software provider does it not matter? It matters. Does it not create a conflict of interest? Absolutely, it does. So it is legitimately in the questionnaire of the (Bimal) Jalan committee( which the Securities and Exchange Board of India has set up to study ownership structures of stock exchanges and other market infrastructure institutions). They will rule on it and India will either move to possibly a level where we will learn to live with this but with required safeguards, or we will distance away from it saying that no exchange can have relation with a software provider. I have no clue which way the Jalan committee will go.

On the competition front, if you had to put yourself in the shoes of (vice-chairman of Multi Commodity Exchange of India Ltd and NSE’s main rival), what would you do, as you yourself might have been in the same position fifteen years back?

I can’t put myself in the shoes of Jignesh Shah. He has large shoes. In all fairness, our business models are vastly different from each other. Maybe, his strategy and business model are better than ours, which I don’t know, but I don’t think there is any real comparison between the ways we approach the market.