Mumbai: Cooking-oil imports by India, the world’s biggest palm oil buyer, probably more than doubled in March as high domestic prices and speculation that taxes will be increased in the annual budget spurred buying.

Purchases climbed to 900,000 tonnes from 435,735 tonnes a year earlier, according to the median estimate of five processors and brokers surveyed by Bloomberg News. Imports of crude and refined palm oil surged to 650,000 tonnes from 253,727 tonnes, the survey showed. The Solvent Extractors’ Association?of?India?is?scheduled to release the data on 13 April.

The increase in Indian imports for a second month may help palm oil in Kuala Lumpur extend a rally from the highest price in more than a year. Futures rallied 12% this year on concern that global cooking oil supplies may decline as drought curbs soybean output in Brazil and Argentina. 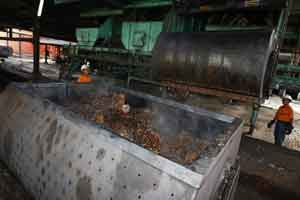 Purchases may average 850,000 tonnes to 950,000 tonnes a month until October, Bajoria said. Imports increased 59% in February to 875,649 tonnes, the extractors’ association said on 14 March. Imports of palm oil from Indonesia and Malaysia make up almost 80% of India’s cooking-oil purchases. Palm oil for June delivery ended little changed at 3,558 ringgit ($1,159) a tonne on the Malaysia Derivatives Exchange. Futures rose 5% in March, touching 3,574 ringgit on Wednesday, the highest price since March 2011.

Imports of edible oil are rising as crushing has been low in India because the price on commodity exchanges is much higher than the spot prices, said Atul Chaturvedi, chief executive officer of Adani Wilmar Ltd. India barred commodity exchanges from offering new contracts in soybeans to curb speculation after futures had the biggest monthly gain in more than three years in March. Futures jumped 25% on the National Commodity and Derivatives Exchange Ltd this year.

Imports were also fuelled by concerns that the government may raise taxes, Ashok Sethia, executive director at Sethia Oils Ltd, said by phone from Kolkata. Finance minister Pranab Mukherjee had left the import duty on refined oils unchanged at 7.5%.