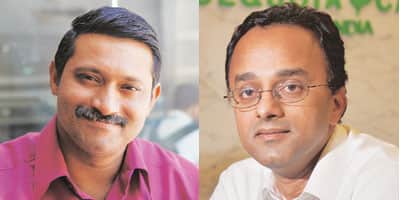 To be sure, these share sales are contingent on happenings in the stock market and venture capital firms do not sell all their stake during IPOs, although some of them do sell a large part of it.

The investments by the respective venture capital firms in these nine firms are between one year and five years old.

“For most of these companies, Sequoia came in as the lead investor in the first institutional round. We generally invest between $15 million and $30 million (Rs73-145 crore) in most of our companies and are the largest shareholder after the promoter group," said K.P. Balaraj, managing director of Sequoia Capital India. Sequoia’s investment in Coastal Projects is around one year old and was a late-stage deal, while its investment in Comviva is four years old.

The duration of investments is critical in the investment business as returns from an IPO or an acquisition (the two most common modes of exit for venture capital firms) depend on the stage when an investor funded the company. Typically, those investors who back a company in the early stage expect a return that is between seven and 10 times their investment (called 7x-10x in industry lingo); mid-stage investors expect returns of 5x-7x; and late-stage backers expect returns of 3x-5x. Thus, while IPOs tend to make money for investors, any venture capital-backed company that goes public does not necessarily ensure returns of 10x for the investor. “An IPO, (while it is) often preferred, is not a destination, but rather a milestone and another financing event for the company. Obviously, it provides an exit," said Mohanjit Jolly, executive director of DFJ India.

Apart from providing investors with an opportunity of making a significant amount of money, IPOs also help build their image as a long-term, serious player. A well-received IPO helps build significant brand equity for the venture capital firm involved because it is an indication that the investor has the ability to stick with the company and assist in building a credible business, said Rajesh Srivathsa, managing partner of Ojas Venture Partners.

While an IPO is often a turning point for a venture capital investor’s relationship with the company—often, the investor’s representatives resign from the board of a company after the IPO—sometimes, the investing firm holds on to its stake, hoping to benefit from shareholder value a company may add after the share sale. “We are long-term holders and sometimes stay in a public company for multiple years after it goes public," said Promod Haque, managing partner of NVP.