Shares hit 52-week high after board approved an additional investment of Rs1,935 cr on Monday

Power Grid Corp. of India Ltd’s shares hit a new 52-week high after its board approved an additional investment of Rs1,935 crore on Monday. At a time when power sector reforms remain only on paper, Power Grid is one company which has chalked up ambitious capacity expansion plans. 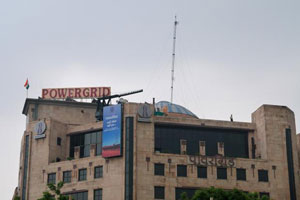 It is targeting a capital expenditure of Rs20,000 crore for the current fiscal, well above the Rs14,600 crore it spent in 2011-12. Similarly, the company has also guided for a Rs17,500 crore addition to its gross block (or capitalization), which should potentially translate into better earning power.

The fact that the company has largely avoided any negative earnings revision has reflected in the stock’s performance. An ultra-defensive, it is the best performing stock in the BSE Power Index and has beaten even the broader market over the past year.

To be sure, Power Grid has an assured return model. Moreover, as a transmission company, it is largely safe from the issues plaguing generation companies, as can be seen from its superior return on equity when compared with firms such as NTPC Ltd and NHPC Ltd.

That said, there are a couple of red flags, apart from its valuation premium, that surround Power Grid. One is its high leverage levels, which could necessitate raising equity, leading to dilution in earnings per share.

Power Grid’s debt-to-equity ratio at the end of fiscal 2012 was 2.16 times. That means the company may well have to raise fresh equity capital to achieve the capex of Rs20,000 crore. However, it has ruled out that option for the next couple of fiscal years, instead relying on internal accruals and debt. In any case, that shouldn’t pose any problems as interest on such debt is a pass-through for this firm.

The second issue, which Tata Capital pointed out in a recent note, is that more than half of Power Grid’s capex target in the 12th Five-Year Plan is related to the commissioning schedules of power producers compared with 11.5% in the previous one. That means that if the current scenario of delays in capacity addition continues, it will have some impact.

Thus, while returns may be regulated, growth may be compromised in the medium term.