Card spends grew 28% year-on-year (y-o-y), up from 24% last year, stated a recent report by Worldline, an electronic payment services company. Consumers spent 1.9 trillion through credit cards and 1.2 trillion through debit cards. The report, India Card Payments Report for 2014-15, shows other such trends seen in the past year in the use of credit and debit cards across channels like ATM and point of sale (PoS) terminals. Here is a look at some of these trends seen in the financial year (FY) 2014-15.

Credit card base grew 9.8% in the past year. Alternative methods such as mobile wallets and prepaid cash cards accounted for 3% of digital transactions. Whereas the debit card base grew 40% in FY15. However, PoS terminals saw a modest rise in number. On a y-o-y basis, the increase in the number of PoS terminals has been just 6%. 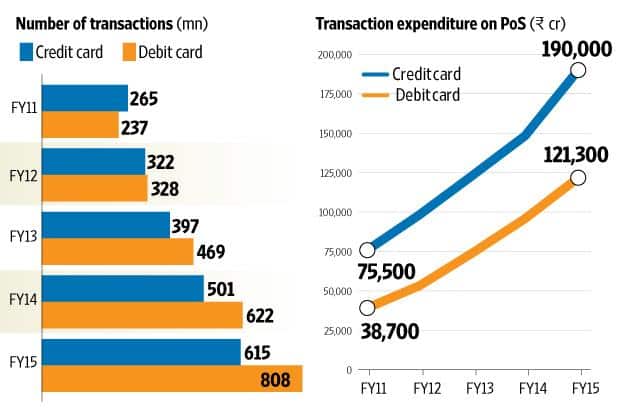 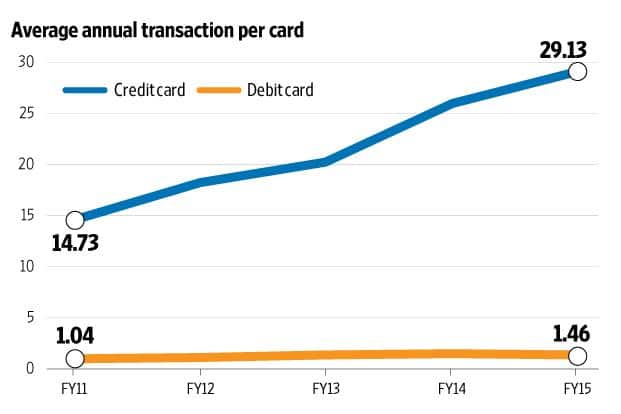 At PoS terminals, the retail sector is where consumers made the most card purchases this year. Expenditure on fashion, including apparel and lifestyle prodcuts, is 22%, down from 30% last year. With offers and co-branded cards, consumption across fuel and travel, as well as in other sectors, is also increasing. 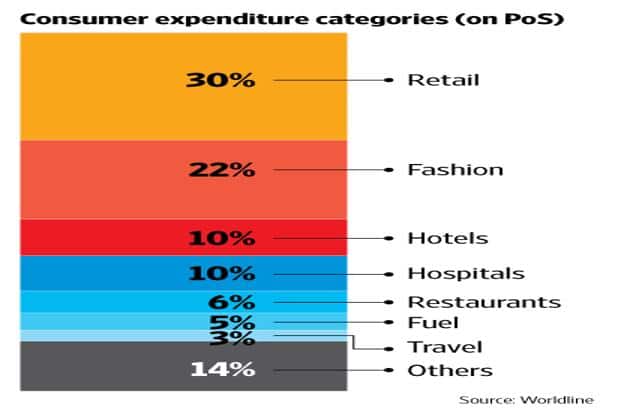