"storyDirectUrl"
OPEN APP
Home >Opinion >Online-views >&#8216;There is a shortage of people with good ideas&#8217; on clean energy

NVI’s mission is to facilitate $250 million (Rs984 crore) of investment by 2010 in “green" companies through building a pipeline of deals for investors and mentoring start-ups. At its Friday-Saturday conference, the group announced its investor network of venture capital firms, angel investors and financial institutions. NVI has also talked about raising an early-stage fund of $20-50 million. Mor spoke to Mint on the sidelines of the New Ventures India Investor Forum in Mumbai. Edited excerpts:

Can NVI feasibly bridge the gap between clean energy start-ups and investors? 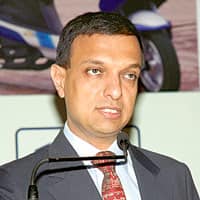 They are evaluating around 80 buildings now. We are doing several million sq. ft of construction on green building norms, aspiring to get a gold rating, maybe silver. That produces an enormous business logic that NVI can tap into.

Would there be a premium on these buildings?

The lay person is unlikely to pay more, but if you look at companies such as ours that have global aspirations, that want to be companies that are seen as and are responsible, we will want to make these statements. And the gold-rating level is a sound investment —saving around 60%.

So, why doesn’t everyone do it? There is a capital investment involved and it could take four-five years to recover it. And sometimes, you have to start early to get a gold rating— as you think about the project.

In the broader energy scenario, where do you see clean energy getting involved?

If you look at mainstream power projects or mainstream energy, my sense is that unless we can get a significant nuclear deal, I think a lot of it will be thermal. And there is opportunity in hydroelectric power.

But clean energy makes a lot of sense for India not so much in the mainstream power, but in the distributed power because you can build it locally and do much smaller projects

Yet, clean energy will remain a fraction—maybe 10-20%. There is a lot of discussion about clean energy, and we have several large project sites for clean energy implementation, but we don’t have executing partners.

That is really where NVI is so important.

There is a shortage of people with good ideas although there are many people coming into it. It’s just that they haven’t gotten to the point where every demand can be met.

What is the progress of ICICI Foundation?

The foundation is being formed. I left my post on 19 October and have moved to Chennai, where it will be headquartered. For me it is an interesting thing to do—really one more job within the bank. The foundation is an emotional gesture, not about business.

The foundation’s focus is microfinance, and it won’t be working in energy. ICICI Bank is clearly very interested and the foundation will supervise the banks efforts in the environment.

Will you be looking at rural and urban microfinance?

We are thinking through the plan. Urban (microfinance) is a big challenge. In urban settings one has to think about six things at the same time because you have enormous mobility of your client. Microfinance doesn’t work well in those contexts. I don’t know what the foundation will do in the urban context, but we clearly will do something.