If you look at your credit or debit card closely, you will observe that it has a black magnetic strip on the back, or a chip in front, or both. Now that you’ve found it out on your card and are wondering what it means, read on. 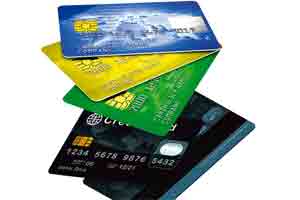 Chip-based cards: Says Prashant Mengawade, head (product and development), ElectraCard Services, a payments solution provider company, “Here the chip is embedded on the card and contains all information in an encrypted format. It also comes with a personal identification number (PIN)." This technology has to comply with standards developed by Europay, MasterCard and Visa (EMV).

When a chip-based card is used at the point of sale (POS) terminal, the terminal reads the encrypted format on the card and asks for a PIN and only then is the transaction processed. Says Mayur Joshi, CEO, Indiaforensic.com, a financial fraud investigation company, “A chip-based card cannot be read unless you punch in the PIN."

Card present transactions: Says Mengawade, “The major difference is in terms of security." The chip-based card offers better security compared with magnetic strip cards since it is difficult to duplicate encrypted data. The PIN requirement adds another layer of security even if you lose the card.

Says Joshi, “Unlike a magnetic strip card, the risk of skimming can be eliminated in a chip-based card." Card skimming is illegal copying of your card data from the magnetic strip. Once a fraudster skims your card, he can create a fake or cloned card with your details and use your card for purchases.

The Reserve Bank of India’s (RBI) circular dated 22 September on security issues and risk mitigation measures related to card present transactions says, “A majority of the cards issued by banks in India are magstripe cards and the data stored on such cards are vulnerable to skimming and cloning." In fact, the banking regulator has directed banks to migrate to EMV chip cards and PIN-based cards by 30 June 2013.

Says Jairam Sridharan, head (consumer lending and payments), Axis Bank, “Chip cards have the flexibility to store multiple applications on one card. For instance, loyalty application and e-wallets can be additionally built into the same chip."

Is there a cost difference?

As of now, most chip-based cards can be used at POS terminals, but all automated teller machines (ATM) may not accept them. As per the report submitted by the working group on securing card present transactions to RBI, “Approximately 90% of the existing POS machines are enabled to accept EMV chip cards. ATMs are currently not enabled for acceptance of EMV chip cards. However, approximately 50% of the existing ATMs are capable with upgrades to hardware and software. The rest 50% of the ATMs need major hardware upgrade (or even replacements) to enable chip card acceptance."

Keeping this in mind, few banks now offer cards which have both a chip and a magnetic strip on them. For instance, HDFC Bank offers Platinum Plus Chip based card, which also has a strip on the back of the card. As per the bank’s website: “It will take time for all stores and restaurants to be set up with chip-enabled terminals. To ensure your HDFC Bank Platinum Chip card continues to be accepted everywhere, it contains a magnetic strip in addition to the chip."

Most developed countries have now switched to chip-based cards. If you are planning to buy one, you could choose one too.