Steel output on a firm footing

Steel output growth hit a new high in 2016, with crude steel output growing by 3.3% in October over a year ago, according to World Steel Association data.

This is higher than the 2.3% increase seen in September.

A steady increase in steel output is visible since May when a decline in production of the alloy was first reversed. 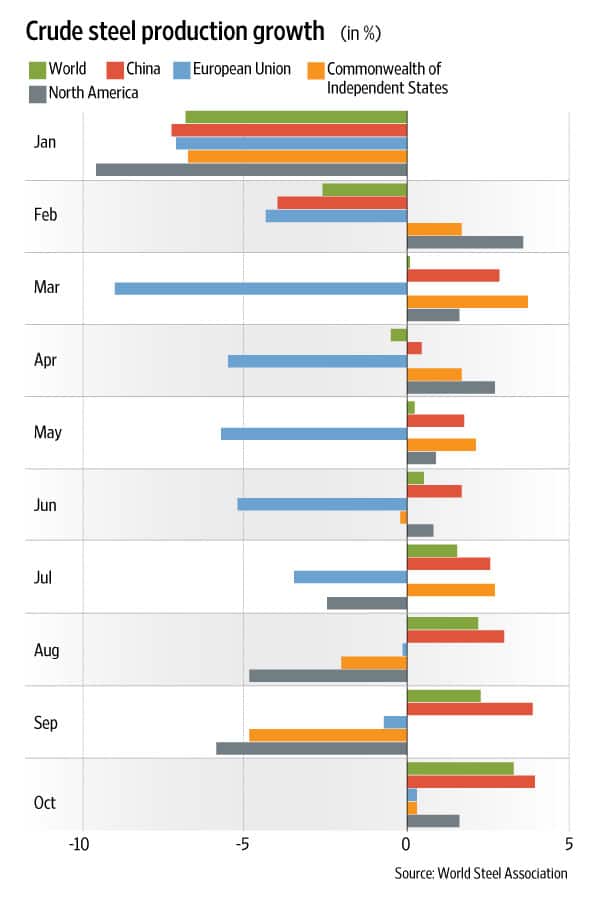 The recovery in steel output growth explains the buoyancy in iron ore price, although it has come off its highs of late.

China remains an important reason for higher output, with steel output up by 4% in October.

But it also has company. India’s output is up by 12.3%; other regions seeing growth recover are the European Union, North America and the Commonwealth of Independent States.

Of course, the industry is entering a seasonally weak period as winter and holidays will see output slow in the months ahead. South America was the only region to report a decline in October.