Indian private equity (PE) fund managers are making few international trips these days. Instead, they are busy staging fund-raising roadshows right in their backyard. If the recent trend is any indication, domestic limited partners (LPs) are emerging as a significant source of capital in Indian PE. 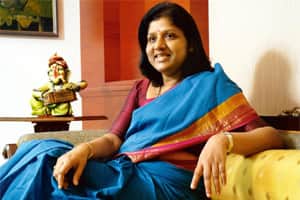 ICICI Venture, a unit of India’s second biggest lender, has tapped domestic capital to raise $200 million (Rs960 crore) in the first tranche of a $500 million fund. The firm is expected to announce the first close by end-October, and will go to the offshore markets for the remaining part of the fund. “The liquidity in the market is good. Domestic money is becoming a predominant source," says Vishakha Mulye, managing director and chief executive officer, ICICI Venture.

With liquidity channels drying up in the West, domestic money—from banks, institutions and high net-worth individuals (HNIs)—is emerging as a sizeable pool of capital to power the Indian private equity gravy train. Consider the rise of the domestic LP class in the Indian PE landscape: Reliance PE is expecting a first close of Rs1,500 crore by the end of this quarter through funds raised from domestic financial institutions and HNIs. Reliance-Anil Dhirubhai Ambani Group-sponsored fund vehicle is targeting a corpus of Rs3,000 crore.

Aditya Birla Private Equity, the PE arm of the Aditya Birla Group, is looking at the first close of its $250 million mid-market PE fund only from domestic LPs. TVS Capital Funds Ltd was the first major independent PE fund to raise a Rs600 crore all-rupee PE fund. The fund—promoted by the Chennai-based TVS and Shriram Transport Finance groups—raised the fund in 2008. “The interest received from the domestic LPs for the fund has been terrific," says Bharat Banka, managing director and chief executive officer, Aditya Birla PE.

The HNI class is also gaining traction with placement agents such as Centrum Capital Ltd, and placement divisions of banks such as ICICI Bank actively reaching out to them. “There are about 14-15 funds targeting to raise money from domestic institutions and HNIs," says Munesh Khanna, managing director, Centrum Capital.

But unlike the West, where huge pension funds such as California Public Employees’ Retirement System (CalPERS, often referred to as the mother of LPs), university endowment funds, family offices and lastly, fund of funds make commitments to PE funds, in India, the domestic LP base is quite restricted. The investors here are largely limited to state-owned insurance companies, public sector banks and relatively new investors such as HNIs. That may not be enough to sustain the emergence of domestic capital in Indian PE.

“More family offices funds and funds of funds should be encouraged in India. There should be a diligent benchmarking by regulators on the extent of equity that can be earmarked for an asset class like PE which can generate long-term returns," says Gopal Srinivasan, chairman and managing director, TVS Capital Funds.

Another dampener is the inability of banks and financial institutions to commit enough to PE due to regulatory constraints and removal of tax pass-through benefits for domestic funds registered by the Securities and Exchange Board of India, the market regulator. The provisioning requirement for banks for allocations made to venture capital funds is as high as 150%.

“Asset allocation in India is still constrained by government and central bank policies that are contradictory and counter-intuitive as far as the capital and growth requirements of Indian industry is concerned," says Vivek Sekhar, managing director and chief executive officer, 2i Capital (India) Pvt. Ltd.

Predictably, funds have to approach international investors to raise the entire corpus even if the domestic investor base is gaining traction. “It is still skewed in the favour of global investors," says Raja Kumar of UTI Ventures.