As incomes rise, so do home loans

There is a steady increase in the percentage of households availing the facility as income grows.

The second series of the Indian Financial Scape survey, conducted by Delhi-based economics research firm Indicus Analytics, tracks patterns of debt usage of urban India. In its final week, we look at home loans. The data is split across income groups and regional variations. At least 35,000 households were surveyed across urban India over the period April-June 2012. In this case, all the regions show a similar pattern of usage. Among the regions, west is again the leader with 13.53% of the households availing the facility. It is followed by north, south and east with 10.88%, 10.82% and 9.81%, respectively. The pan-India average is at 11.68%. It is noteworthy that the percentage of households availing the facility increases steadily from lower income to higher across regions and the difference is striking. For instance, only 0.84% households in the west that earn below Rs75,000 avail the facility. However, 58.88% households earning above Rs1 crore a year in the same area avail the facility.

2. There is a steady increase in the percentage of households availing the facility as income grows across regions. 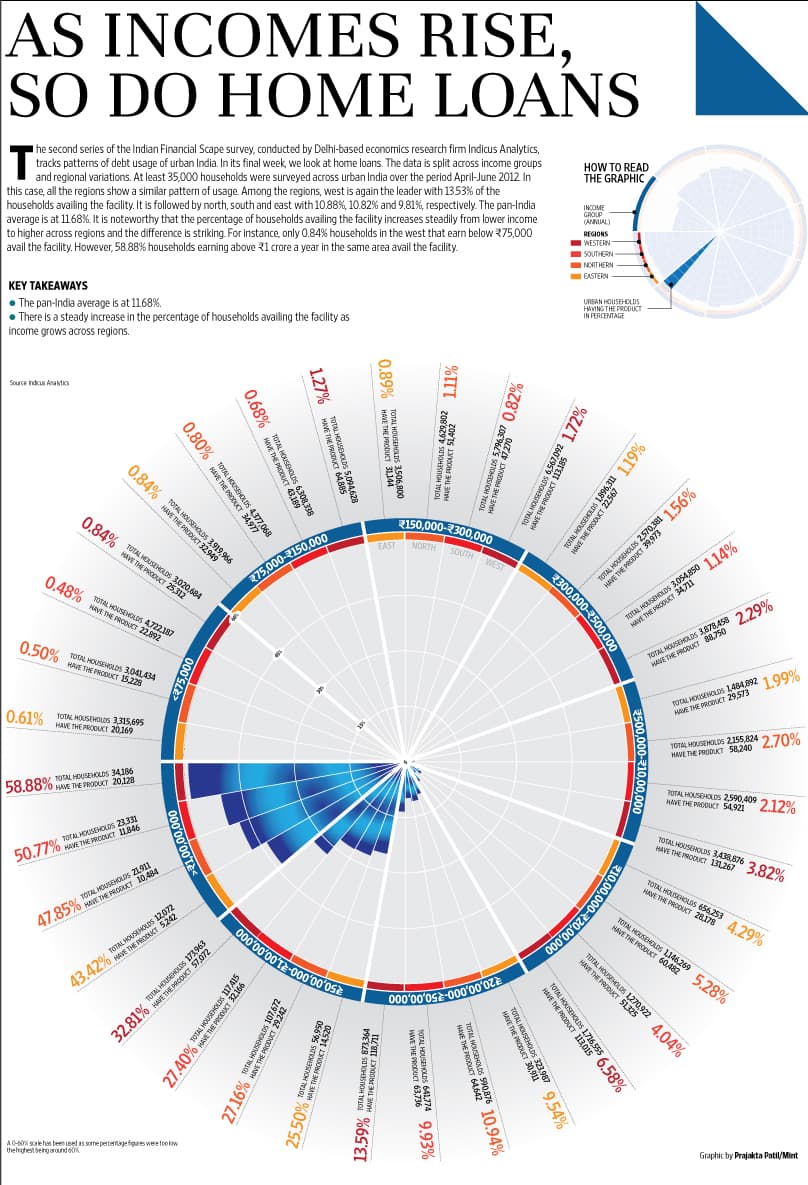