New Delhi: Despite the spectre of inflation and interest rate hikes looming large in 2010, foreign investors and analysts are bullish on India, betting on economic expansion, acceleration in company earnings, and revival of capital expenditure and capacity building. Credit Suisse and BNP Paribas continue to be overweight on Indian stocks, while Swiss bank UBS AG expects the party to continue with a loose monetary policy and capital flows to remain major themes next year too. 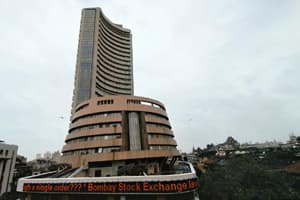 India’s gross domestic product, or GDP, grew 7.9% in the quarter ended September, the fastest in 15 months, reinforcing confidence in a sustainable recovery. The country remains the fastest growing among $1 trillion economies after China and analysts expect this to rub off on company earnings.

The consensus earnings per share, or EPS, growth for Indian companies is at least 21% for fiscal 2011, something that is expected to significantly boost valuations. The Sensex, the benchmark equity index, is currently trading at some 20 times expected earnings for 2010, above its historical price earnings multiple of around 16 times.

“The strong growth in financial year 2011...could provide significant support to valuations," said a 30 November Credit Suisse note. Not only do analysts expect a growth in company earnings, they also forecast an increase in capital expenditure and investments.

“We also expect a pick up in capex and investment activities by corporates driven by a recovery in asset prices, availability of funds and an improvement in sentiment," the Credit Suisse note said. Indian companies have raised some $10 billion (Rs46,300 crore) so far this year through new share sales and private placement of stock with institutional investors, and while a major part was for restructuring debt, the capex cycle has started, analysts said.

While fundamentals continue to improve, what will help fuel the rise in asset prices will be liquidity, mainly flows from investors in the West, who will continue to frequent emerging markets, starved for growth in their home countries. BNP Paribas regional strategist Clive Mc Donnell predicts capital flows of $35 billion to Asian countries excluding Japan, up from an estimated $27 billion in 2009. He doesn’t quantify how much of this will find its way into India.

They warn that this growth is unlikely to be smooth. With economic growth gaining momentum and inflation accelerating, economists expect India to be one of the first countries to raise interest rates. The Wholesale Price Index rose 1.34% in October, and is expected to climb to 6% by the end of the current fiscal, prompting the Reserve Bank of India to rein in its easy monetary policy.

“Corrections may happen on a rate hike announcement in early 2010. However, the strong domestic consumption and private investment recovery thesis remains on solid footing," McDonnell wrote in a 30 November note. “We expect the markets to go up but at a less frenetic pace with alternative periods of strength and consolidation."

With markets at rich valuations, analysts are divided over whether 2010 will be a year for a bottom-up stock picking approach or whether the theme of sentiment and macro environment will persist.

“The rise in market effect tells us that individual stocks were being influenced more by market performance-related factors than by idiosyncratic or non-market performance–related issues," they wrote in a 23 November note. “However, we think it is unlikely that the macro effect will rise further and to that extent, stock pickers may have a better season next year."

UBS’ Niall McLeod warns about being wary of stocks with the poorest earnings momentum.

“In 2010, we think it will pay to focus on those stocks with the best earnings momentum," he wrote in a 2 December note. “This strategy has typically worked well historically, except at major macro inflection points, and extremes of valuation. In a ‘steady state’ environment, we think it will work well once more."