New Delhi: When Gurmeet Kaur, 28, married nine years ago, her bachelor of arts degree couldn’t help her get a job with flexible work hours that would help her supplement family income and afford her the time to manage the household as well. 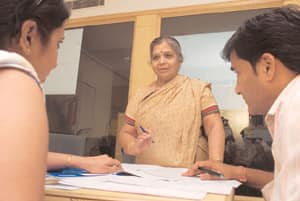 Kaur says she makes Rs25,000 on an average in commissions every month selling insurance. That’s a considerable sum for a village homemaker seeking extra family income. “Since there are not too many jobs in my village, insurance has given me a big break," she says.

Women like Kaur are emerging as choice hires for private life insurers that are starting to expand in the rural hinterland after concentrating on the cities for much of the duration of their existence.

Twenty-two life insurance firms are now competing in the market of 1.1 billion people, where insurance penetration was just 4.1% as of 2006-07, according to the Investment Commission of India website.

The opening up of the sector has helped break the gender barrier in a profession that was dominated by men. Insurance firms say rural women are hard-working, good at sales talk and persuasive skills, and make for ideal insurance agents. And they are, according to T.R. Ramachandran, chief executive of Aviva Life Insurance Co. India Ltd, far more productive than men.

“There is a business case to expand in the rural front, so microinsurance and rural are areas we are looking at," Ramachandran says. “We are not here just to satisfy regulatory obligations, but we believe that there is a stand-alone business model for enhancing penetration in the rural market."

An estimated 2.5 million people serve as insurance agents across the country, according to the latest figures published by the Insurance Regulatory and Development Authority, or Irda, on its website.

Women make up around 25% of the total sales force in a life insurance market that was worth an annual Rs2.2 trillion, or 4.4% of gross domestic product, at the end of March.

At state-owned LIC, women account for 26% of sales force. “Women agents’ numbers are growing as they have started looking at it as an earning opportunity," said a senior official at LIC, who did not want to be identified because he is not authorized to speak with the media.

“If we get a chance, we plan to raise the male-female ratio to 50:50," says Ramachandran of Aviva.

“Now most of the insurance companies have captured tier I and tier II cities. For incremental business, they are looking at rural areas where insurance is under-penetrated," says Vishal Goel, an insurance analyst at Edelweiss Securities Ltd.

Women are emerging as their star salespeople.

That may be changing.

“Initially, when I joined, I was very reluctant in doing the business but now things have changed," says Charu Gupta, 37, an insurance agent in Bathinda. Gupta says she has gained a lot of confidence over the last five years she has sold insurance. The mother of a one-year-old daughter finds the time to manage both her work and household.

Money is important but for many women, the career opportunity opened up by insurance goes beyond the income it brings, even in the cities. Shashi Jain, 64, a New Delhi-based insurance adviser, says, it gives her a sense of independence and “immense happiness when I see myself working with young people at my age."