Saving Indian banking from the capitalists

Call it crony capitalism or any other term you wish. Large borrowers—and significantly the top 100 largest debtors—are primarily responsible for the bad loan problem in Indian banks. That’s the inescapable conclusion from the Reserve Bank of India’s (RBI’s) June financial stability report.

Even among large borrowers, it is the largest, the top 100 entities, who are responsible for the sharp deterioration seen following the central bank’s asset quality review. 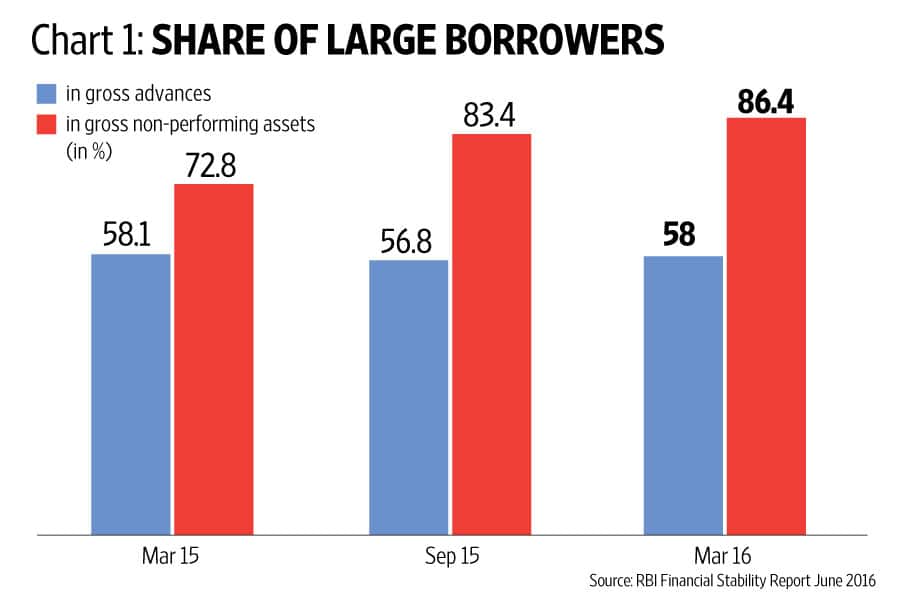 That, of course, leads to the question: what’s the reason for the sudden spike in bad loans? If anything, economic growth has been improving according to official figures. 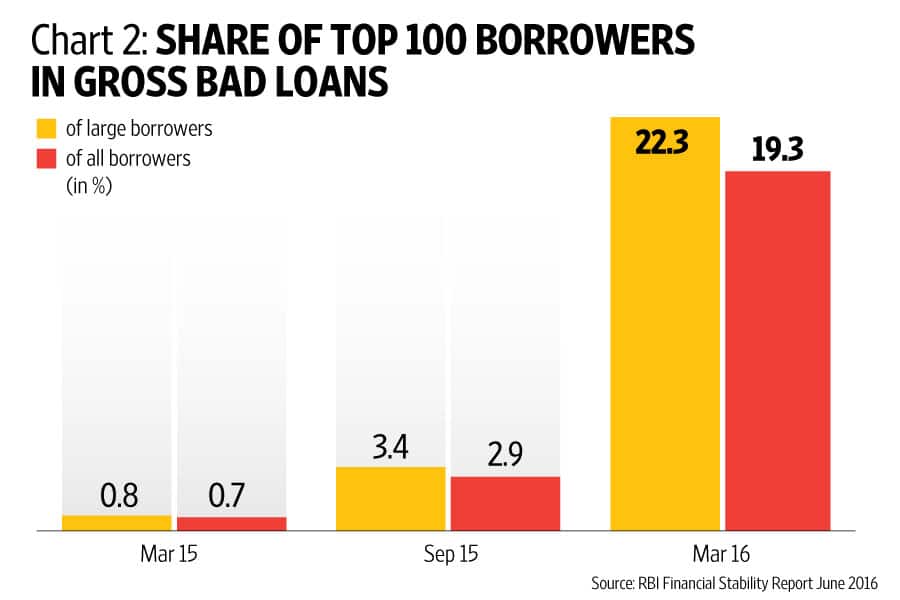 The answer lies in chart 3.

Large borrowers have been enjoying the fruit of banks’ forbearance for quite some time. After the central bank’s asset quality review, lenders have been forced to reveal all these skeletons and re-classify them as NPAs. As chart 3 shows, there has been a sharp decline in advances classified as SMA-2 and restructured standard. SMA-2, or special mention account-2, are those accounts where principal or interest payment was overdue between 61 days and 90 days. 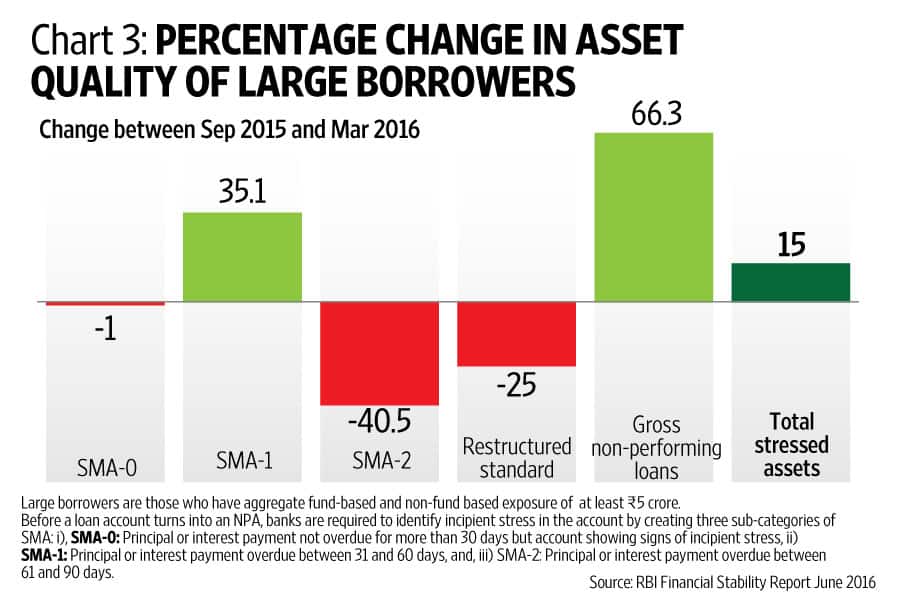 The decline in these two categories is almost equal to the rise in gross bad loans. That there is still more pain to come is reflected in the 35% increase in assets classified as SMA-1 (principal or interest overdue between 31 days and 60 days), which is an early signal of stress in asset quality.