Thanks for Visiting Mint
You seem to have an Ad Blocker on. Please turn it off in order to continue, or whitelist Mint
HOW TO TURN OFF AD BLOCKER
OR
REFRESH IF YOU ALREADY TURNED OFF THE AD BLOCKER
Home >Opinion >Online-views >Low growth in tourist arrivals hits hotels

A depreciating rupee should make it cheaper for foreign tourists to visit India. But with economic conditions in the rest of the world none too cheery, backpackers and businessmen continue to stay put at home.

Foreign tourist arrivals in India during May grew a measly 4% over a year ago, according to the ministry of tourism. That was not due to the Indian summer alone. A year ago, the growth number stood at 7%. Year-on-year growth in tourist numbers has been slouching in single digits for quite some time now. 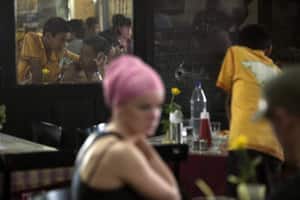 “During 2011-12, pan-India demand grew by a muted 3.9% while supply increased by 6.0%. In the absence of adequate demand uptick, pricing power languished," says a note from rating agency Icra Ltd.

In the premium segment, there are an estimated 45,200 rooms available in Mumbai, the National Capital Region, Bangalore, Chennai, Pune, Hyderabad, Goa and Kolkata. Over the next four years, an estimated 23,000 rooms are going to be added, the rating agency estimates.

The hotel industry has not recovered from the room-addition binge of the previous cycle. Occupancy rates lagged—hovering around 75%, according to some brokerage estimates—and average room rentals were flattish compared with a year ago. When the muted growth in revenue due to a depressed macroeconomic environment is compounded by higher service costs and a heavier interest burden, margins are squeezed—as the March quarter earnings prove. No wonder then stocks of major hospitality firms such as EIH Ltd, Indian Hotels Co. Ltd and Hotel Leela Venture Ltd have underperformed the BSE 200 Index since the beginning of this year. With the June and September quarters being typically off-season for inbound tourism, the situation is not going to change and, thus, there are no fundamental triggers for hotel stocks.