Mumbai: The investment business in India is set for a blurring of lines between venture capital (VC) and private equity (PE) firms. VC firms, or VCs, which by definition are funds that invest small amounts in untested business ideas, have started dabbling in the PE space—typically involving bigger deals and companies at a later stage of growth.

VCs such as Norwest Venture Partners (NVP) and Sequoia Capital India are now looking at transactions that fall in traditional PE territory—the $10-50 million (Rs45.5-227.5 crore) deal range. “We will look at $40-50 million deals in the infrastructure space," said Sohil Chand, managing director, NVP India. “The momentum for this sector would continue for years and thus translates into a great investment opportunity for us." 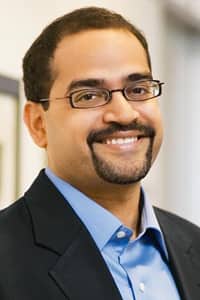 Learnings: NVP India’s Shah says the firm is also looking at partnering for second and third rounds of funding in unlisted companies.

Sequoia Capital India, which has a growth fund of $750 million, is open to doing deals of up to $125 million. In fact, last year, the firm had committed $80 million to a firm, although the deal didn’t take place due to market reasons. “VC, PE lines are blurring. A lot of early stage venture investors are realizing that they can’t make money in the early stage only," said Sumir Chadha, managing director, Sequoia.

The movement is both ways—VCs are increasing their investment range while PEs are lowering it. “People are meeting in the centre," Chadha said.

The competition is greater for big-ticket deals as the number of investors in the $10-50 million bracket is higher than those looking for small deals. “As ticket size increases, competition also increases. Deals become an auction," said Chadha.

Infrastructure is high on the list for NVP and Sequoia. For Sequoia, the interest extends to companies offering services for infrastructure firms, a growth area as first-rate assets can attract a premium, said Chadha.

What has made it easier for VCs is that there is no clear demarcation in India as to where their remit ends and that of PEs begins, given that India’s markets are still evolving. In the US, which has a mature institutional investment market, there is a clear segregation between the two sets of investors, with each sticking to its mandate.

“In India, true VC opportunities are limited. People change strategy here all the time," said Mukul Gulati, managing director, Zephyr Peacock India, a PE firm. “And it is justified, as people are able to generate venture-type returns as growth is very strong." PE investors say that while it’s good for mid-size companies looking for capital to have more investors, the number of deals is not high. “Companies are indeed growing and looking for capital for expansion. But where are the deals? I guess these investors would especially invest in infrastructure, including telecom," said Rajesh Srivastava, managing director and chairman, Rabo Equity Advisors Pvt. Ltd, Asia’s first agro-food PE fund.

Meanwhile, experts say VCs and PEs bring different value propositions to the table. For example, in areas such as strategic planning and corporate governance, VCs are as good as PEs. But there are areas such as financial management and employee retention, where PEs play stronger roles. But VCs, due to their exposure to early stage funding needs, tend to do a lot of handholding. “I do not see any issue in VCs doing PE kind of deals. Issues would be from limited partners who back VCs and PEs. Their motivation and objectives are different," said Sailesh Rao, partner, Ernst and Young Pvt. Ltd. “In VC deals, the quantum of capital is small and it’s a high-risk, high-return game. PE deals are big-ticket deals with shorter horizons and smaller return."

It takes time and effort to build a company, which is the way it’s done in the US despite the low capital needs of such firms, said Niren Shah, another NVP India managing director. “With multiple investors, a firm can get more capital over its lifetime. We are looking at partnering for series B/C deals (second and third rounds of funding in unlisted firms) as well. It brings more firepower."