Planning to buy a car? Whether you are buying a new or a used car, this listing of the top used cars in demand across India is going to be useful

Planning to buy a car? Whether you are buying a new or a used car, this listing of the top used cars in demand across India is going to be useful. For new car buyers, it helps to zero in on a brand and model of a new car knowing how well it will sell when you replace your car some years down the line.

For those buying a used car, this listing will give you the wisdom of crowds—if the top used car across Indian cities come from the Maruti Suzuki stable, there must be something good about those cars—whether it is availability of parts, value for money specs or just the re-resale value itself. 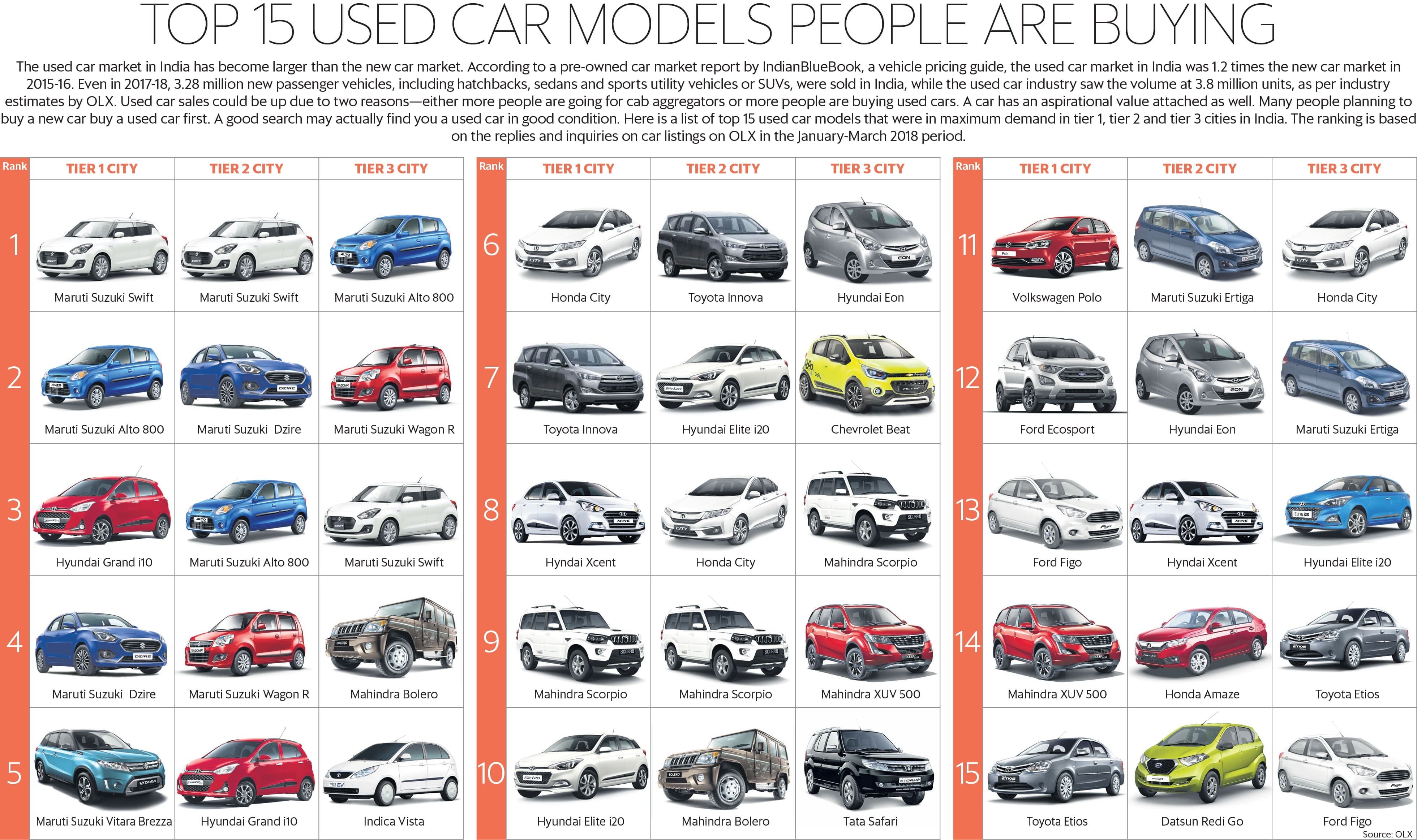 Cars are aspirational. Cars make a statement of who you are. Cars are more than something that take you from point A to point B for most people. Given that the Indian per capital income is still low and purchasing power is still to reach middle income standards as an average, used cars is an important entry point for many first time car buyers. No wonder that the used car market in India has become larger than the new car market.

According to a pre-owned car market report by IndianBlueBook, a vehicle pricing guide, the used car market in India was 1.2 times the new car market in 2015-16. In the year 2017-18 a total of 3.28 million passenger vehicles, which includes hatchbacks, sedans and SUVs were sold in India. The used car industry saw the volume of 3.8 million units, as per industry estimates by OLX, over the same period.

Used cars have many advantages over a new car. New cars lose 30% of the price point as you drive out of the showroom. They are cheaper. And if you get a model and brand with a good re-resale value, you’ve really got yourself a deal.

So whether you are buying a new or a used car, use this listing complied by OLX for the period January to March 2018 on which cars are in highest demand in tier 1, tier 2 and tier 3 cities in India.