Mumbai: Equities are rallying not just because of the “force of money", says JPMorgan Chase and Co.’s chief Asian and emerging markets equity strategist Adrian Mowat. Share prices are being driven by fundamentals and rising because they were undervalued, Mowat says in an interview. Edited excerpts:

You have been bullish on the markets for the last couple of months or quarters, but has the pace surprised you? Do you think there are good reasons for an equity outperformance? 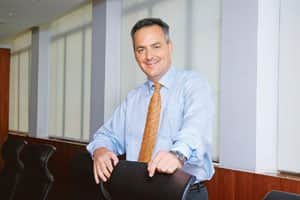 Increased liquidity: JPMorgan’s Adrian Mowat says the Indian economy is now benefiting from the opening up of capital and credit markets. Ashesh Shah/Mint

The sceptics point out that maybe the market has run ahead of itself and it’s the brute force of liquidity which has kept stock prices going, in many cases undeservedly. What do you say to that?

I have a slight problem with the term liquidity. If you look around, particularly in Asia or other emerging markets, there is (a) huge amount of money in deposit accounts, in very low-yielding current accounts. If you take China, they have something like 60 trillion renminbi in deposit accounts at this point in time. There is lots of money out there. The question is whether that money wants to take a higher risk. Money will take a higher risk if they believe that they are going to get a decent return.

What you need to focus on here is not this term liquidity, it is actually fundamentals.

Even so, there is a feeling that a lot of this money was sitting on the fence for too long. Is it going to cause a bit of year-end scramble and almost a blowout for the markets when the money comes in a rush?

I told my Indian clients that they have seen very limited inflows with the exception, maybe, of some of the insurance companies. I do not think this is an environment where equities are rallying just because of force of money argument. I think they are moving higher because they are undervalued, because the risk premium was excessive. As we go in to the next year, I do think that after a couple of quarters of good economic growth, the confidence will be building that the monetary stimulus that the global economy is actually going to receive next year is going to generate some traction, some good growth. That is when people are going to get more aggressive about buying growth assets. At the moment, we are being driven by fundamentals.

As we look into the next six months, the supply of paper pipeline is quite significant. How have you taken the kind of paper which has been issued by Indian companies now, and what ramifications do you think it has on the market at large?

You always have this problem in recovery rallies that valuations will look high, particularly if you are recovering from a very deep global recession. The reason they look high is that equities look forward towards the positive earnings revision. The Indian economy needs other people’s money to grow very rapidly. That was a terrible position to be in last year in the middle of the credit crunch. What you are seeing today is some very strong rallies in credit markets. So the Indian economy is now benefiting from the opening up of capital and credit markets which will allow this economy to grow faster and, therefore, can bear these higher valuations.

If you are asking me about the level of flow from IPO (initial public offering) issues, I think they are comfortable because people are buying into what is turning out to be a better fundamental story. It’s a slightly different picture than we’re seeing in different markets. In China, there has been a huge concentration of IPOs in the property sector and the level of concentration in a particular sector in causing a dampening impact in terms of investors’ appetite for that market in that particular sector.

When you say that you do see markets such as India headed to new highs next year, how likely would you say it’s possible it could happen in the first quarter itself?

I am in the same camp as that question. We are in a very fast and furious recovery at the moment. We have got a lot of people who are saying the same old things about deleveraging, the credit crunch, and that we need more regulations, etc. But what they are doing is, they are telling me a history lesson. They are not telling me what it’s going to feel like in 2010. So this money sits on the sidelines, the market moves higher and, eventually, they have to capitulate and buy the market.

I think it’s highly likely that the best performance is going to be very early in 2010 and then maybe towards the middle and end of 2010. We are going to have big debates about inflation rising and maybe some of the policy responses are going to be designed to slow down growth rather than to encourage growth.