How to be money-wise after retirement

Don't be asset-rich-cash-poor, liquidate that real estate property or gold you have saved for your retirement plan

After having worked for over 40 years as an executive assistant to seniormost officials of a multinational company, Gurugram-based Prema Swaminathan, 60, is looking forward to retirement. She is also contemplating moving to another city, preferably a smaller town, to escape the city pollution. A ground floor flat is what she prefers so that her three dogs can get ample space to move about and play and also one where she could welcome stray animals and look after them. “I love animals and I want to devote more time with non-government organisations which run animal shelters," she said. Swaminathan is financially independent, something she took years to accomplish, thanks to her financial adviser Ashish Chadha, who helped her sell real estate properties, shift to mutual funds and see her money compound over the years. 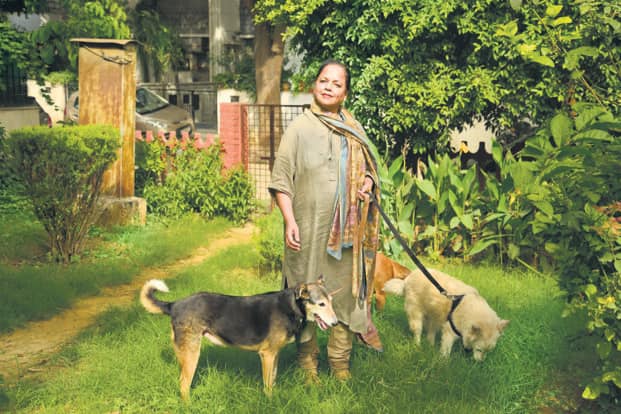 Just the thought of expenses at a time when your salary or business income drops to a bare minimum—or, worse, stops altogether—may sound scary. But financial independence at retirement is as much a possibility as it sounds daunting.

The trick is to make the money work for you and not the other way around. And here’s where many retirees stumble. They are not poor, they have assets. But these assets don’t generate enough cash to sustain their monthly expenses. It is what financial planners call being asset-rich-cash-poor. For instance, an empty flat or a few gold bars in your bank locker will not generate cash to buy your monthly groceries, pay utility bills, fund holidays and so on. Unless you get handsome returns in your bank account, how would you have money to spend?

The key to happiness…

…is to be financially independent. Widowed at the age of 38 and a mother of two loving children, Lalitha Matthew, 77, lives by herself in Bengaluru. Instead of choosing to stay with her children—her son lives in the same city and the daughter lives abroad—she decided she wanted to live alone. “I got widowed when I was 38, so I learnt to be independent early and have grown to treasure it. True independence comes not just from living separately but also from being financially independent," said Matthew. She energizes her mornings with aqua aerobics, Tai Chi and walks.

To reach this stage of happiness, Matthew had to take certain decisions like pulling out her investments and parking them in income generating products and moving to flat from an independent house.

Real estate has its own problems. “Apart from a low rental yield (rental income as a percentage of the property’s value), the flat may also be lying vacant for months or the rents can go down as well, depending on the demand," said Vishal Dhawan, founder and chief executive officer of Plan Ahead Wealth Advisors.

It is also difficult to bequeath physical assets, especially real estate. Dhawan cites an example of a Mumbai-based client, whose parents used to live in Delhi. This client also has a sibling who lives abroad. After his parents passed away around five years ago—his father hadn’t even made a Will—the siblings haven’t yet been able to dispose of the house in Delhi. Dhawan said neither of them have the time to get down to it. “That asset—the house—isn’t even generating any income. It is lying vacant and unused," he said.

Take stock of your expenses. Suresh Sadagopan, founder, Ladder7 Financial Advisories said it is advisable to avoid unnecessary expenses. From a client whose father-in-law and mother-in-law, based in Delhi, spend ₹ 1 lakh a month to a relative of another one of his clients who spends nearly ₹ 40,000 a month on provisions, the expenses sound extravagant to Sadagopan in retired life. Multiple phones should be avoided and retired people don’t really need a car, he added, “especially since today you can travel by Uber or Ola in luxury cars".

Take stock of your assets. Liquidate your physical assets and financialize them.

Agra-based Pradeep Ulrick, 63 and his wife Meena Ulrick, 58, were at crossroads till about recently. Pradeep was a teacher at St. Paul’s Church College and about to retire after having taught there for the last 30 years. He was due to get just about ₹ 35 lakh as his gratuity and Provident Fund. 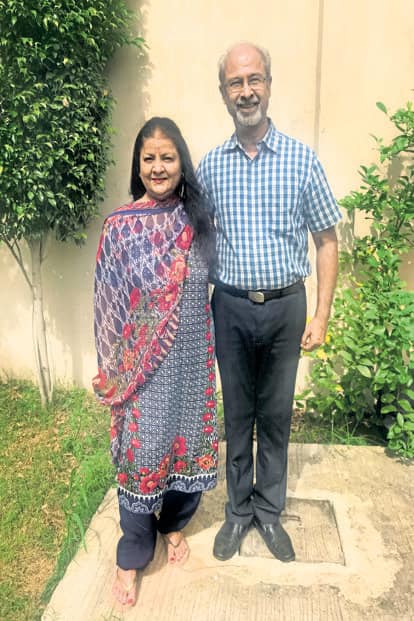 Pradeep Ulrick and Meena Ulrick sold their house and moved to a smaller one for a comfortable retired life.

Meena suggested selling the house in which they were staying at the time and moving to a smaller house and preferably away from the city centre to get a good bargain. When they finally sold their spacious house in Khandari, a posh locality in Agra, and moved to the outskirts, a kilometre from Akbar’s tomb near the Delhi-Agra highway, they managed to pocket a handsome amount. “Many times we dismiss women in decision-making, but they are excellent administrators and shrewd money managers. I credit my wife completely, for this suggestion that helped us turn our fortunes around," said Ulrick.

Matthew realised she didn’t need a big house after her children left to be on their own. “It’s easier to maintain a flat, and it’s safer," said Matthew. For Matthew, the widower’s pension money provides a small cushion and liquidating her investments caters to the remaining shortfall. But it’s not as if all her investments are parked in income generating instruments; a small portion is parked in equity funds too to inflation-proof her portfolio.

Do not forget to make a Will. You may not want to be dependant on your children, but it’s important to ensure that your money goes into the right hands.