Unlike what agents are saying, from 1 October traditional plans will become friendlier

Have you recently received an email or SMS, asking you to hurry up and buy a life insurance policy before October? If yes, then don’t pay heed.

Messages such as these are doing the rounds and claiming that policies bought after October will come with fewer benefits. In fact, Mint Money is privy to one such email correspondence from an agent with the Life Insurance Corp. of India (LIC). The email claims that LIC will withdraw all its plans by 30 September and will re-launch new plans with fewer benefits.

The truth, however, is quite different. From October, the Insurance Regulatory and Development Authority’s (Irda) new product regulations will kick in, making the design of insurance policies a tad better and that will work for you.

Before moving on to understand the agents’ urgency in selling the policies, let’s see what will work in your favour after October. 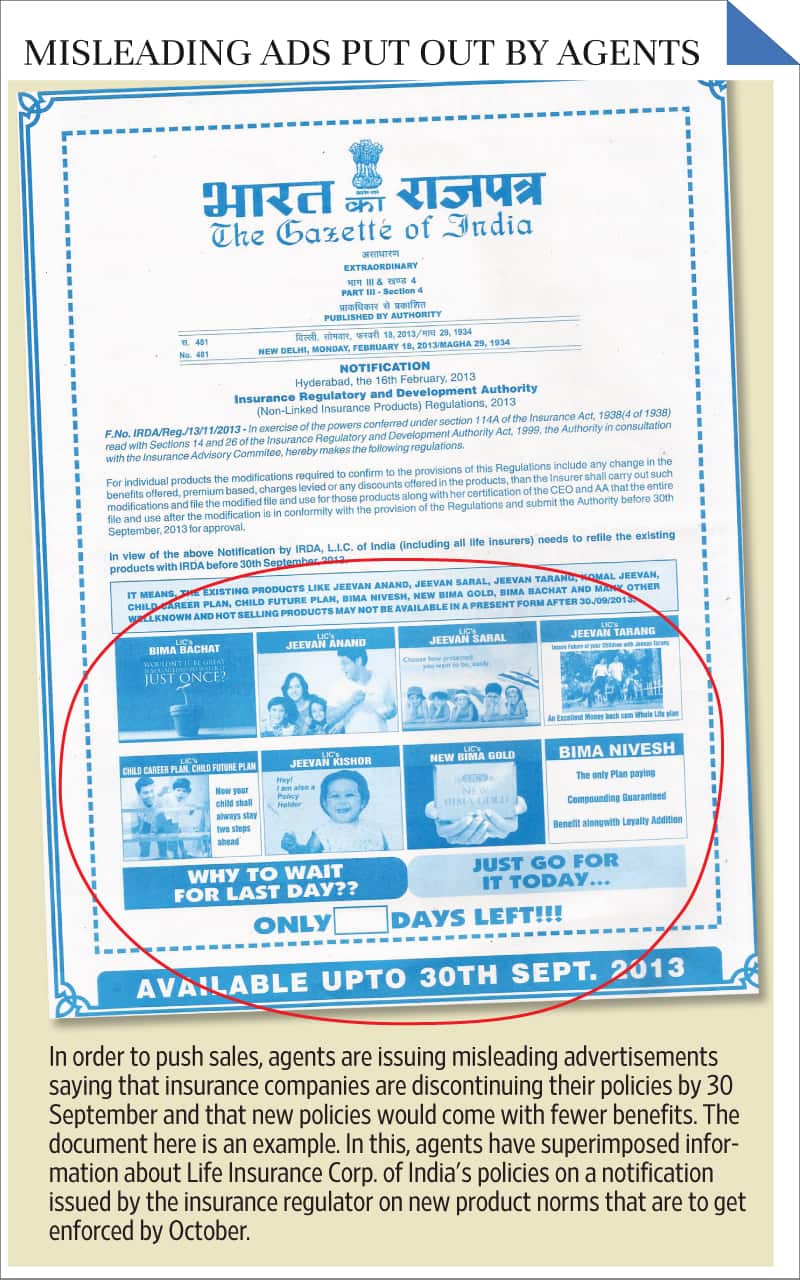 What works for you?

In 2010, unit-linked insurance plans (Ulip) went through significant reforms, so there’s no change on that front. But post-2010, the industry moved to traditional plans. Traditional plans, too, invest your money, but unlike in a Ulip, here the returns are not market-linked and the costs are not disclosed; returns either come in the form of annual bonuses or are guaranteed upfront.

It is these plans that will look different from next month. Here are the two big changes that will work for you. 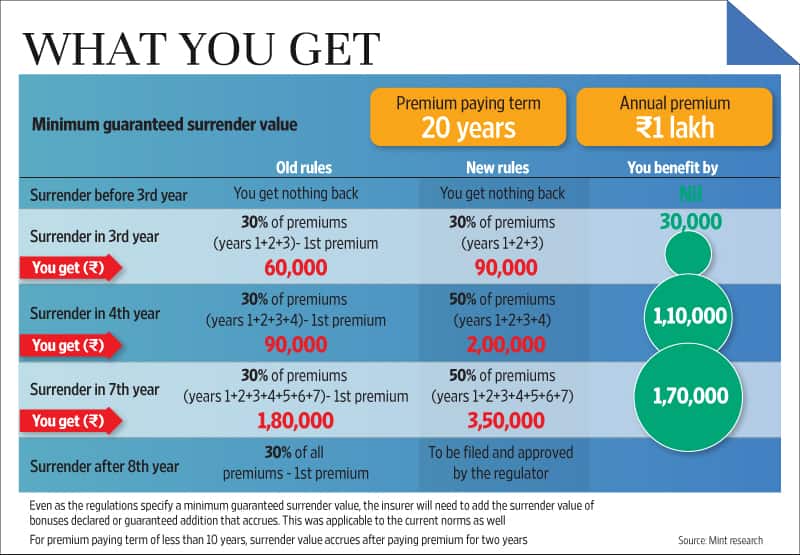 Right now there aren’t fixed rules, but usually you don’t get any money back if you surrender your policy before paying premiums for three years. After three years, the policy gives a residual or surrender amount that is usually 30% of all the premiums paid minus the first-year premium.

“The surrender value under the policy will increase gradually over the policy term with surrender value being at least 90% of the premiums paid during the last two policy years," said V. Viswanand, director and head, product solutions management, Max Life Insurance Co. Ltd. This is the minimum guaranteed surrender value that the insurer will have to pay.

Higher death benefit: So far, traditional plans have no rules on the minimum sum assured that insurers need to offer on a given premium. This rule was dictated more by the tax benefits insurance policies were eligible for. Till FY12, insurance policies with a sum assured of at least five times the annual premium were eligible for tax benefits. From FY13, this changed to a sum assured of 10 times the annual premium.

Thanks to the new rules, insurance intermediaries will now really have to pull up their socks. Simply put, they will have to work harder to earn maximum commission.

Agents’ incentives have now been linked to the premium paying term (the tenor for which the policyholder pays premium regularly) of a policy.

“Linking commissions to the policy term (the term for which insurance remains valid) may not have helped much because agents would have sold long-term policies with very short premium paying terms. By linking commissions to the premium paying term, Irda has ensured that policies are sold for the long term. But it’s a much difficult task to get the investors to commit for the long term, proper training and serious agents are needed for long-term products," said Manish A. Shah, co-founder and CEO, Bigdecisions.in, a portal that aids financial decisions through financial tools.

Even for the insurers, these are tough times. They will need to re-file all their traditional products with Irda and with the deadline less than a fortnight away, insurers will be pressed for time to train their intermediaries on new products. The fact that Irda will need to clear products of almost 24 insurance companies may lead to a lot of backlog. “It appears that the life insurance industry is not in a position to undertake the exercise of changing their traditional plans before 1 October. They may seek an extension of the deadline as they did for group products," said R. Venugopal, retired executive director, LIC.

Traditional plans will now have a better surrender proposition and a higher sum assured, but that shouldn’t convince you to buy a policy.

For you, this means you still need to look at what you buy in the name of insurance. “From October, insurance policies will offer more flexibility. So for those who want a bundled insurance product, waiting for a few more days is advisable. But if you want better returns, then buy a term plan and invest in products like fixed deposits," said Shah.

Don’t buy a policy just because the rules have become friendlier; what it offers is still critical to making a decision.