A world of multiple reserve currencies

A world of multiple reserve currencies

Berkeley, California: The competition for reserve currency status is conventionally portrayed as a winner-take-all game. There is room, in this view, for just one full-fledged international currency. The only question is which national currency will capture the role. 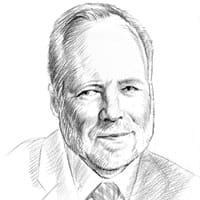 Market logic, it is argued, dictates this result. For importers and exporters, quoting prices in the same currency—say, the dollar—as other importers and exporters avoids confusing one’s customers. For central banks, holding reserves in the same currency as other central banks means holding the most liquid asset. With everyone else buying, selling and holding dollars, it pays to do the same, since markets in dollar-denominated assets will be the deepest.

While it is always possible that there could come a tipping point at which everyone migrates from one currency to another, the network-based nature of the international monetary system, it is said, leaves room for only one true international unit.

But this premise is wrong, for three reasons. First, the notion that importers, exporters and bond underwriters will want to use the same unit as other importers, exporters and bond underwriters holds less weight in a world where everyone has a mobile phone that can compare currency values in real time. Once upon a time, comparing prices in dollars and euros might have been beyond the capacity of all but the most sophisticated traders and investors. Nowadays, “Currency Converter" is one of the Apple app store’s top 10 downloads.

Second, the sheer size of today’s global economy means that there is now room for deep and liquid markets in more than one currency.

Finally, the view that there can be just one international and reserve currency at any point in time is inconsistent with history. Before 1914, there were three international currencies: the British pound, the French franc and the German mark. The dollar and the pound then shared international primacy in the 1920s and 1930s. Today, currencies other than the dollar account for 40% of identified international reserves.

The implication is that the dollar, the euro and the renminbi will share the roles of invoicing currency, settlement currency and reserve currency in coming years.

To be sure, all three currencies have their critics. Willingness to hold the dollar may be undercut by concern with America’s twin fiscal and external deficits. Uncertainty about whether the European Union will hold together could limit the use of the euro. And, although China is aggressively promoting international use of the renminbi in trade settlements, it has a long way to go before its currency is attractive as a vehicle for foreign investment and holding reserves.

But the very fact that there are questions about all three currencies means that none of them will obviously dominate. There will be an international market for all three.

Some worry about the stability of this world of multiple international currencies. They shouldn’t: a more decentralized international monetary system is precisely what is needed to prevent a replay of the financial crisis.

Countries seeking additional reserves will not be forced to accumulate only—or even mainly—dollars. No one country will be able to run current account deficits and use foreign finance to indulge in financial excesses as freely as the US did in recent years. This will make the world a safer place financially.

Will exchange rates between the major currencies be dangerously unstable? Will those responsible for managing central bank reserves, seeking to maximize returns, shift erratically between those currencies?

The fear underlying such questions rests on a misunderstanding of the behaviour of central banks’ reserve managers. Reserve managers do not have the high-powered financial incentives of hedge fund managers to seek to maximize returns. They do not have to exceed their previous high-water mark in order to draw a paycheque. They have social responsibilities, and they know it.

This means that they have less incentive to herd—to buy or sell a currency just because everyone else is buying or selling it. They can adopt a longer time horizon, because, unlike private fund managers, they do not have to satisfy impatient investors.

Compared with private investors, then, central bank reserve managers are more likely to act as stabilizing speculators. The result will be to make the exchange rates between the three international currencies more stable, not less.

The world economy of the 21st century is becoming more multipolar. There is no reason why the same should not be true of its international monetary system. In the end, that will be a good thing.

Barry Eichengreen is a professor of economics and political science at the University of California, Berkeley.