The pan-India ownership of health insurance policy by urban households is low as 26%.

In the fifth part of the Indian Financial Scape survey, conducted by Delhi-based economics research firm Indicus Analytics, to track patterns of financial asset ownership of urban India, we look at health insurance ownership. Data shows that urban Indians in the lower income group are very unlikely to buy health insurance policies. In fact, in the income group of below Rs75,000, fewer than 2% of the households in the southern part of the country buy mediclaim. It is also noteworthy that even in the highest income group of Rs1 crore and above, a basic insurance product like medical cover is only owned by just half the households. The data is split across income groups and regional variations. At least 35,000 households were surveyed across urban India in over the period April-June 2012. At the end of nine weeks, the survey will reveal what drives financial asset ownership in urban India. 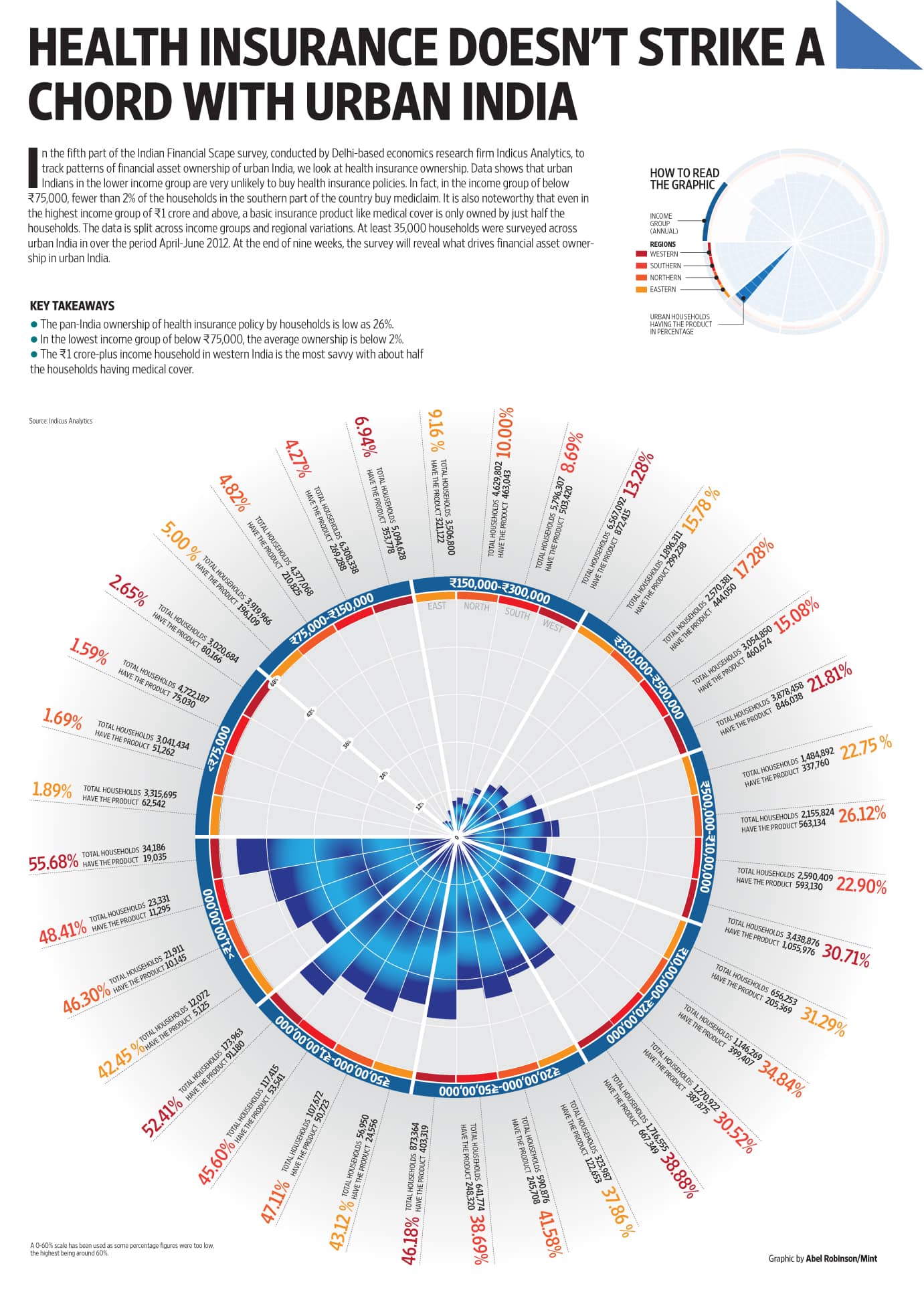 1. The pan-India ownership of health insurance policy by households is low as 26%.

3. The Rs1 crore-plus income household in western India is the most savvy with about half the households having medical cover.