Hong Kong: Indian borrowers are wasting no time in selling international bonds after a sovereign rating upgrade Friday pushed yield premiums on the country’s dollar notes near a decade low. 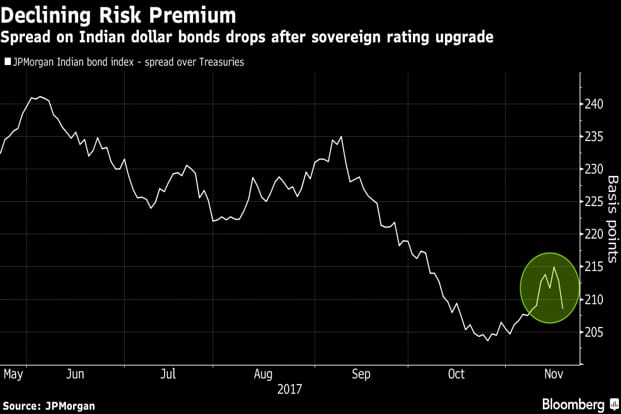 The average spread on dollar bonds from India over US Treasuries compressed 4.3 basis points on Friday, to 208.5 basis points, after Moody’s Investors Service raised India’s sovereign rating for the first time since 2004. The drop took the risk premium near the lowest level since 2007, according to JPMorgan Chase & Co. indexes. Bloomberg