Consumer companies are faced with a predicament, as reported in The Economic Times newspaper. A government notification bans them from using non-standard weights for their products, set to go into effect from 1 July. Their reactions have been on predictable lines, saying this will hurt low-income consumers. But they will be hurt, too, for this is no trivial matter.

The government had liberalized fixing of pack sizes, in part due to the industry’s contention that they can cater to demand at the bottom of the pyramid. Under the current rules, a number of major consumer products are listed in a schedule—such as soaps, detergents, bread, biscuits, baby food, edible oils, tea and coffee. These have to be sold only in specific sizes, which vary depending on the category. But the rules had a relaxation—marketers could sell non-standard sized packs, as long as they disclosed this fact. 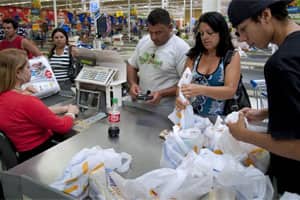 The strategy was simple, easy to implement and companies benefited. In the past few years, inflation has become a thorn in their side, and this strategy was used to the hilt. To be fair, companies absorbed cost increases, too. But lowering pack weights helped them mitigate the effect on their profit margins.

And, when inflation eased, prices rarely dropped. Instead, pack sizes went up, a fact which would be advertized with lines such as “now with 20% extra". No such caution was issued when the weight dropped.

The larger point here is that companies weaned consumers off pack sizes and latched them onto price points. This is crucial. At the same price of ₹ 10, an 89g pack earns 4.5% more per gram, than a 93g pack. If a consumer does not perceive the difference in weight (which is likely), the company making the first pack earns 4.5% more as profit, assuming both cost the same to produce.

In principle, the consumer is not being cheated. But it does make shopping a confusing task: imagine having to calculate if paying ₹ 15 for a 112g soap is cheaper than paying ₹ 20 for a 168g bar (incidentally, the ₹ 15 soap is more expensive per gram by 12.5%), and then repeating this for every second product. This confusion may have prompted the government action.

The amendment will not affect the really low price packs, as the current rules do not apply to packs below 10g and 10ml. But it will mean that companies will have to start selling packs in standard sizes again. That should mean more transparency for customers.

Consumer companies will have to resize and reprice their products, a potentially disruptive move, which could affect demand, and their financial performance, at least in the near term. Expect vigorous lobbying against this notification.