While policy risks are an accepted risk in some industries, when you add political risk it makes for a more potent combination, particularly in industries that are exposed to environmental concerns

The Tamil Nadu government’s order to permanently shut down Vedanta Ltd’s copper smelter is a reminder that policy and political risk lurks around the corner in India for companies that clash with the environment and local population’s interests. These risks are particularly elevated for industries such as mining, but even infrastructure projects such as ports are not immune.

In the Vedanta case, the copper unit contributed to only 5% of the company’s Ebitda (earnings before interest, tax, depreciation and amortization) in fiscal year 2018, so its temporary closure may not be very significant in financial terms. If the government succeeds in permanently closing down the plant, the company’s earnings will erode to that extent. 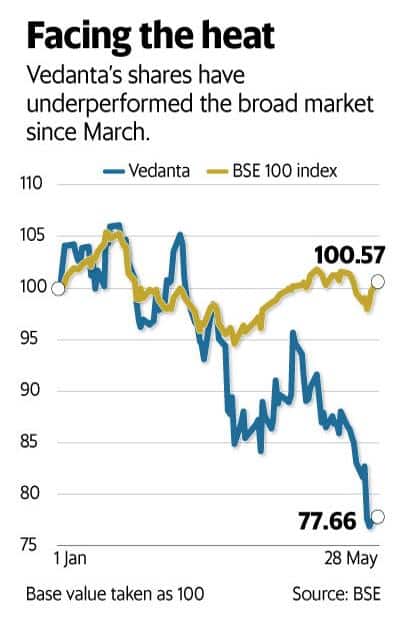 The bigger concern for investors is if the Vedanta episode marks a shift in the risk levels faced by the industry. In this case, it has taken a political turn after the unfortunate death of protesters in police firing. The government has used public sentiment as one of the reasons for ordering a permanent closure. Risks such as these can hardly be foreseen and there is little investors can do to mitigate them.

But there does seem to be a pattern emerging in such cases. Earlier in February, the Supreme Court cancelled all renewed iron ore mining permits in Goa and asked owners to apply for fresh permits. Incidentally, that affected Vedanta’s iron ore mining business.

In Maharashtra, there is political opposition to the setting up of a large refinery project in Ratnagiri, claiming that this will adversely affect the local population. There is little doubt that the present government at the centre has been very business-friendly when it comes to environmental concerns. Nevertheless, the risk seems to be that these concerns could be exploited by politicians eager to tap into the discontent.

The traditional response of investors has been to look past such agitations, but events such as what is playing out in Tamil Nadu could make them pause. While policy risks are an accepted risk in some industries, when you add political risk it makes for a more potent combination, particularly in industries that are exposed to environmental concerns.