Thanks for Visiting Mint
You seem to have an Ad Blocker on. Please turn it off in order to continue, or whitelist Mint
HOW TO TURN OFF AD BLOCKER
OR
REFRESH IF YOU ALREADY TURNED OFF THE AD BLOCKER
Home >Opinion >Online-views >These three bubbles could derail China&#8217;s economy

Of all the breathtaking factoids about China’s rise, the most fantastic may concern the stock markets. They are now bigger than China’s gross domestic product (GDP).

The combined value of shares traded on the Shanghai and Shenzhen stock markets reached $2.795 trillion (Rs113.48 t rillion) at the end of last week, exceeding China’s $2.6 trillion worth of output for the first time. With the country growing almost 12%, and word of mouth drawing ever more attention to a record-shattering stock rally, equities will probably continue running ahead of GDP.

What’s most amazing about China’s equity bubble is that everyone knows about it, and few seem to care. Warnings by such persons as billionaire Li Ka-Shing, former Federal Reserve chairman Alan Greenspan and others have fallen on deaf ears. Brokerage firms can’t open trading accounts fast 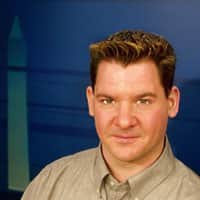 This raises an important question: Is China’s stock market getting to the point where a crash would imperil the economy? Observers often play down that risk, arguing China’s stock markets are sideshows—mere symptoms of heady growth with little connection to the economy. With the stock market now surpassing output, it’s evolving from mere irrationality into a major economic risk. While the destruction of wealth will be an issue, the real wild card is how a stock plunge hurts confidence within China and abroad.

Market hysteria would be less worrisome if it weren’t just one of three bubbles imperilling China’s outlook. The other two are the nation’s product-safety crisis and pollution.

Neither China’s quality-control woes nor its environmental challenges tend to be thought of as bubbles. Yet, recent recalls of Chinese-made toys and problems with everything from toothpaste to fish exports to tainted cooking oil to diseased pork represent a bubble in dodgy business practices and lax regulation that’s denting China’s global reputation.

Denial isn’t helping things. Every time government officials in Beijing blame the international media for exaggerating and arousing unnecessary concerns about food safety and product quality, new disclosures of tainted this or contaminated that emerge to vindicate the press.

The irony is that concerns about Chinese goods could do what government officials have so far failed to: slow the economy. China may end up being a victim of free markets by its own doing.

Recently, officials in Beijing reverted to the policies of the early 1990s when they indefinitely delayed the calculation of “green GDP" figures. Environmentalists saw plans to release a data series on the economic costs of China’s growth as a watershed event. It was not to be.

China is poised to overtake the US as the top emitter of greenhouse gases. Ever wonder what the greater China region’s skies will look like when 400 million mainlanders own a car? As China continues to boom and more workers migrate from rural areas to cities, pollution is likely to get even worse. That will fill China’s air and waters with even more pollution, which will increasingly spread beyond its borders. Entrepreneurs in Hong Kong should start marketing designer gas masks.

Given the breadth of China’s poverty-reduction needs, it’s not surprising that economic priorities have trumped environmental concerns. That’s no longer possible.

It’s telling that the US plans to base its athletes in South Korea during the 2008 Olympics in Beijing. The Australian team will be accompanied by an asthma doctor for the first time. Chinese leaders see the games as the nation’s coming-out party and they are spending $13 billion to clear the air in time.

What these three bubbles have in common is that they are control issues. For a government that works tirelessly to control everything—including the people, the press and the yuan—China is having trouble reining in its stocks, companies and the environment.

Taken alone, each of these challenges could hurt the economy. Having to deal with them simultaneously raises the stakes. It also says much about how China’s rapid growth is creating dangerous side effects that could cannibalize its future as a world power.

Another risk is the worsening crisis in the US subprime mortgage industry. US treasury secretary Henry Paulson, Federal Reserve chairman Ben Bernanke and many other policymakers and investors were wrong about the turmoil being contained. Instead, it’s spreading apace, slamming hedge funds and stock markets around the globe.

On 10 August, Asian stocks slumped the most in more than a year as a widening credit crunch hurt prices of Macquarie Bank Ltd, Toyota Motor Corp. and Samsung Electronics Co. If the contagion spreads, Chinese stocks could be affected, as could global demand for Chinese exports.

Clearly, there are some very smart policymakers keeping China’s boom on the rails. The trouble is, their ability to keep things going is being tested as never before. You might say China is experiencing a bubble in bubbles.