Does the spate of private equity (PE) investments in the real estate sector over the past few quarters signal better times after the prolonged downturn?

Data collated by Venture Intelligence shows that 15 out of the 16 PE deals worth nearly $569 million struck with realty firms were focused on residential projects in the metros. Although the value is lower than a year ago, sustained PE interest in the sector shows confidence in the long-term real estate story in the country.

Even in the March quarter, 73% of the PE funds in realty worth $902 million were in the residential segment while only 18% backed commercial projects. 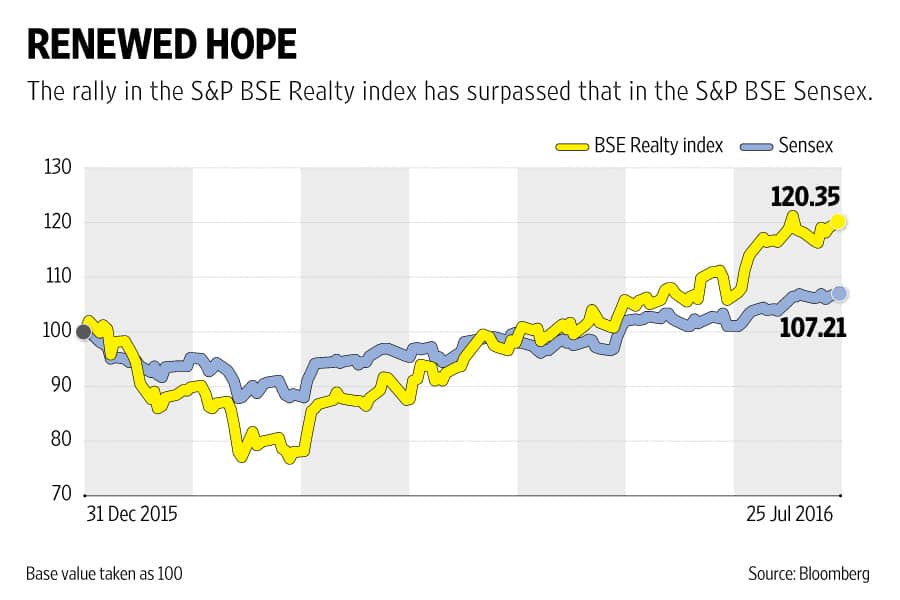 Normally PE funds spot the trend and invest when they are confident of a revival, when they can exit their stake at a profit. This time, big names like the Dutch APG Asset Management, Indiabulls Housing Finance and Blackstone have been aggressive in funding the real estate sector. Even industrial groups like Piramal have created a real estate fund, which implies a revival of hope in the outlook for the sector.

According to Arun Natarajan, founder, Venture Intelligence, “the trend started a year ago when PE funds tied up with leading realty developers to form a platform to fund projects. And gradually, they identify and fund viable projects." In the past five quarters, a total of $5.22 billion worth PE investments have come into the realty sector.

This is notwithstanding the worrisome, long-drawn lull in property prices, the slowdown in residential property sales; dwindling new launches; and the rising debt burden among many large pan-India operators.

A report by Knight Frank India Pvt. Ltd confirms a 9% drop in new launches in the first six months of the year until June.

That said, another way of looking at the fall in new launches is that companies may have wanted to clear up the inventory of residential units. Such heightened activity indicates that the real estate cycle may slowly but surely turn. And, projects are beginning to take off in some markets like Mumbai as also in the affordable segment, although less so in the premium luxury segment. According to industry experts, the western and southern regions will do better first, compared with the north and east.

Not surprisingly, all this optimism in the sector and prospects of lower interest rates have pushed the S&P BSE Realty index up by 36% in the past six months—much higher than the rally in the S&P BSE Sensex. In any case, retail investors could do better when firms trim the debt they have been weighed down under so far.