Gold investment demand during the March quarter declined 34% year-on-year to 399 tonnes, the World Gold Council (WGC) said. Within that, even as inflows into exchange-traded funds (ETFs) resumed in the quarter, demand for ETFs and similar products declined sharply by 68%.

“This is more an indication of the atypical strength of 2016 inflows than of recent weakness," the Council said. China’s bar & coin demand growth was strong.

“China’s quarterly bar and coin demand breached 100t for only the fourth time on record—currency weakness, concerns over the property market, and a seasonal boost from Chinese New Year underpinned the market," according to the WGC. Production from gold mines at 764 tonnes in the March quarter was flat year-on-year. The World Gold Council (WGC) believes production will remain broadly steady before tailing off. The Council said production profile of currently operating mines shows a relatively steep drop-off over the next 5 to 10 years. Even factoring in high-probability projects (those highly likely to reach commercial production), the fall in production is still significant.

WGC explains that this is largely a consequence of sharp cuts in capital expenditure over recent years, as well as a lack of significant discoveries. “We have seen this before: lower prices in the late 1990s and early 2000s also negatively impacted production and exploration in the years that followed," the WGC said in a report on 4 May. 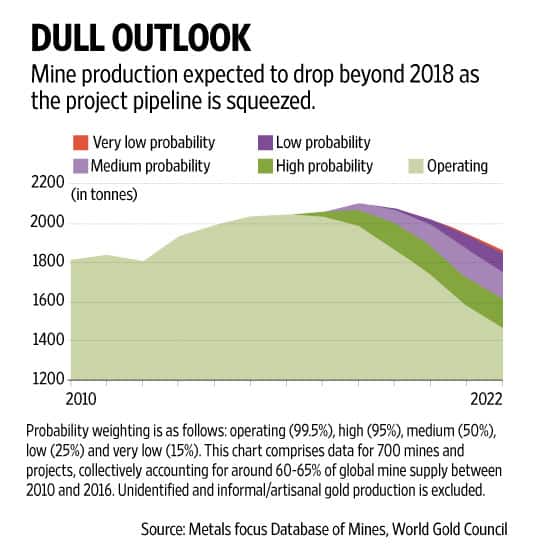 Global investors’ love for Indian equities is starting to cool. They pulled $345 million from local shares in April after a world-beating rally sent valuations to the highest level since 2010. The withdrawal helped Taiwan surpass India as Asia’s biggest destination for overseas money so far this year. The island’s equities lured $7.3 billion since 1 January, helping the Taiex index approach 10,000—a level it hasn’t closed above for 17 years. Bloomberg 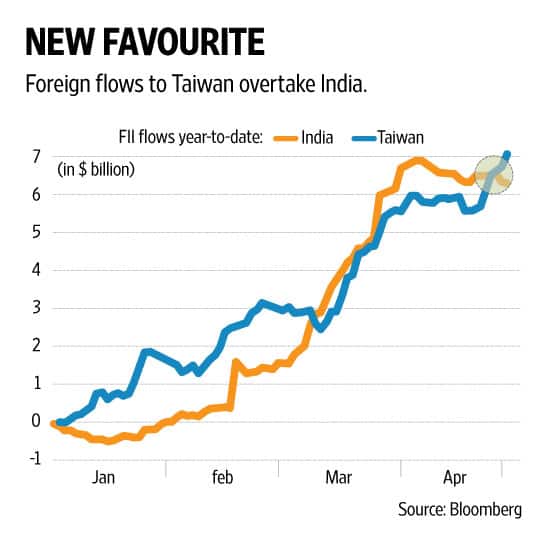