HPCL reported an average gross refining margin or GRMa measure of profitabilityof $6.83 a barrel compared to $8.56 a barrel in the June quarter last year

The state-run refining and marketing company reported an average gross refining margin (GRM) of $6.83 a barrel compared to $8.56 a barrel in the June quarter last year.

GRM is a measure of profitability for refining companies and was higher than expected for HPCL.

Decline in raw material and staff costs and other expenses meant that operating profit increased 17% year-on-year despite about 13% decline in revenues (adjusting for excise duty). Net profit, however, increased at a faster pace of 30% to ₹ 2,098 crore. That was helped by decline in depreciation costs and slower pace of increase in interest expenses. 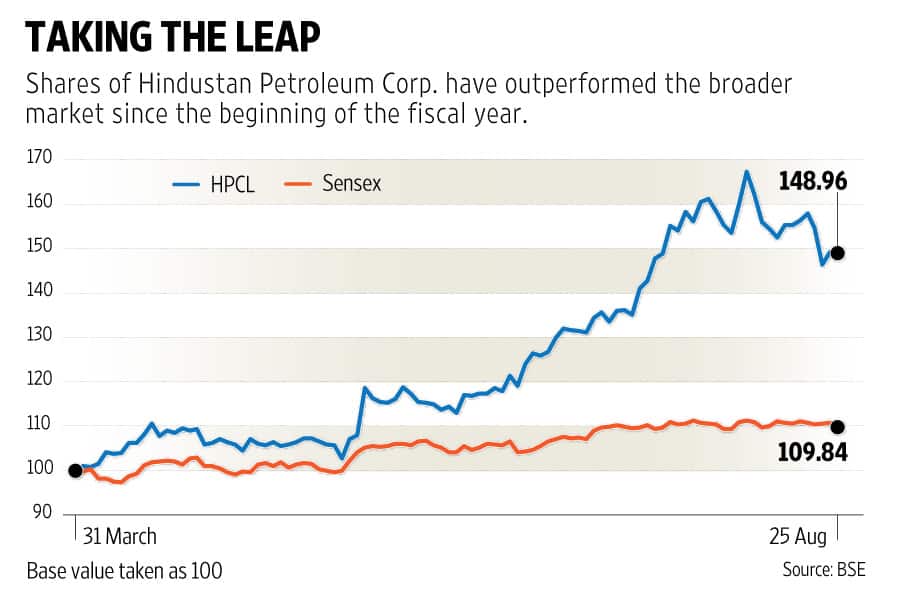 Still, the stock has fallen a bit since results were announced on Monday after market hours. What could be the reason? Firstly, as things stand as of now, the June quarter could well end up being the best quarter for this year. Of course, the story could be different if refining margins surprise positively in the second half of the year. But for now the fact is the refining environment has worsened this quarter.

Given trends in product cracks and the resultant GRM benchmarks (down 33% year-on-year and 16% quarter-on-quarter), earnings from the refining business should be volatile, pointed out IIFL Institutional Equities. The brokerage has retained its estimates for financial year 2017. “Performance of the core fuel retailing business (55% of FY16 Ebitda), where visibility is the strongest, should remain stable and partly offset impact of volatility in GRMs," added IIFL.

Secondly, the HPCL share price had already appreciated a lot. In general, shares of oil marketing companies—HPCL, Bharat Petroleum Corp. Ltd (BPCL) and Indian Oil Corp. Ltd (IOCL) have performed well given better visibility on profits on the back of reforms and lower crude price benefits.

Currently, one HPCL share trades at 8.5 times estimated earnings for this financial year suggesting most of the good news is factored in.

Analysts at Jefferies India Pvt Ltd said, “While inventory gains are one-off in nature and should not matter to fair value of these companies, we note that it will impact dividend payout for the year since public sector oil & gas companies have to mandatorily pay at least 30% of reported profit as dividend."

This could improve the dividend yield of these companies in FY17, pointed out Jefferies in a note.

Read more: HPCL, GAIL to divest up to 50% stake in petrochem plant in Andhra Pradesh