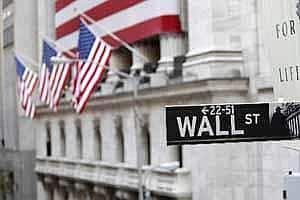 Investors have pinned their hopes on a summit at the end of the week and U.S. stocks briefly picked up steam late in the day after the Financial Times reported that European leaders will discuss boosting the firepower of the euro zone rescue fund.

“People are expecting something big and bold is going to get proposed," said Stephen Massocca, managing director, Wedbush Morgan in San Francisco.

Even so, the optimism was tenuous and measures of financial risk remained elevated with banks increasingly reluctant to lend to each other.

With stock action muted, there were other signs that investors were seeking safety as an auction for US four-week or one-month debt saw record demand.

The report on the Financial Times’ website said strengthening the bailout fund could include running two separate rescue facilities.

The euro climbed to a New York session high against the U.S. dollar after the report and last traded at $1.3398, little changed on the day.

Markets have been sensitive to any headlines hinting as to how the euro zone might deal with its sovereign debt crisis ahead of a key summit on Friday.

On Monday, reports that Standard & Poor’s had warned 15 euro zone member nations that it may cut their debt ratings caused US stocks to halve their gains.

The move by S&P, which was officially announced after markets closed on Monday, had kept stocks mostly rangebound on Tuesday as investors hoped it would prompt leaders to come up with a credible plan for containing the crisis.

The timing of S&P’s announcement and the inclusion of euro zone economic powerhouse Germany among the 15 countries facing a ratings cut put the focus firmly on the need for this week’s EU summit to deliver.

It could also help Germany and France force through proposed treaty changes that would allow the imposition of mandatory penalties on countries that exceed deficit targets.

The plan unveiled on Monday to increase fiscal integration between European countries is “promising" and could help avoid a mass downgrade of euro zone countries by Standard & Poor’s, a director with the ratings agency told Reuters Insider on Tuesday.

S&P issued its second warning in two days on Tuesday, threatening to cut the credit rating of the euro zone’s financial rescue fund.

Global stocks with the MSCI world equity index were down 0.58 %, off the day’s lows.

“If the European leaders come up with something concrete, we could expect a bit of euphoria, but that would be sustainable only if it could be implemented," said Felicity Smith, fund manager at Bedlam Asset Management.

A ratings downgrade could automatically require some funds to sell bonds of affected states, making those countries’ borrowing costs rise even further.

It could also make banks less willing to lend to each other, leading to a credit squeeze. On Tuesday, the spread between three-month euro Libor rates and overnight indexed swap rates - an indicator of financial stress - stood at 92 basis points, near an almost three-year high of 93 basis points hit on 1 December.

US Treasury Secretary Timothy Geithner, who was in Germany to meet with EU leaders ahead of Friday’s summit, said the European Central Bank was playing a positive role in the euro zone debt crisis, but he played down talk that the Federal Reserve could boost funding of the International Monetary Fund for the crisis.