Kochi: The major commodity exchange, National Commodity and Derivatives Exchange Ltd (NCDEX), is all set to revive its futures trade in rubber and is targeting the strong grower cooperatives across Kerala, which account for nearly 95% of the 850 lakh tonnes produced in the country’s annually.

Though launched in 2003, when operations of the national commodity exchanges began across the country, there has been practically no trading in the exchange’s rubber contracts because of perceived delays with warehouse receipts.

P.H. Ravikumar, managing director and chief executive officer of NCDEX, said moves were on to revive the trade. The product committee of the 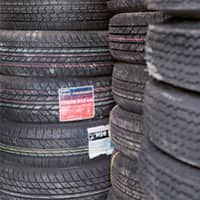 Targeting cooperatives: NCDEX is looking at involving the user industry, including tyre companies, in the rubber futures trade.

He said the exchange had received feedback from various groups associated with the rubber trade, including grower cooperative societies, brokers and traders. The exchange plans to hold a number of awareness programmes to rope in more growers and their cooperatives. It will also look at involving the user-industry, such as tyre companies, in the trade, he added.

Ravikumar accepted that there were concerns about the dematted form of warehouse receipts, which has been the policy of the exchange, much like in the equity market, where there are no physical copies of shares held. The receipts for stocks delivered at the exchange warehouses would be dematerialized and transferred electronically to the supplier.

A large section of the rubber trade is of the opinion that, unlike pepper or cardamom, which have a longer shelf life, stocks can be held only up to three months in the case of rubber. As a result, the warehouse receipt has to be redone at the time of delivery, with delays in the process. This was the main reason NCDEX rubber contracts did not take off.

Ravikumar said the issue would be addressed even as the exchange sticks to the demat format.

The exchange plans to put in place a system where warehouse receipts will not delay delivery of stocks.