Following their venture capital, or VC, counterparts higher up in the investment chain, local angel investors in India are going global. Angel investing, which typically refers to high networth individuals investing their personal money in start-ups, in return for equity, has so far been a local phenomenon. 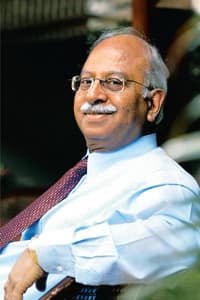 Last week, however, the Indian Angel Network, or IAN, a collective of individual investors who source deals as a single entity, led the formation of an international association of similar angel groups across the world, called the World Business Angels Association, or WBAA.

The association has been launched with angel groups from 11 countries such as the US, the UK, India, China, France and Australia.

“The idea behind WBAA is that entrepreneurial opportunities in India should be visible to angels all around the world," says Saurabh Srivastava, director, IAN. “So this way, start-ups here will have more access to capital as well as better access to global markets."

Angel investment, typically less than $1 million (around Rs5 crore), is usually the first funding a start-up receives, apart from family and friends, and involves mentoring and guidance. Angel networks here in India represent a hybrid form of investing that combines the VC way of sourcing deals with the mentoring and personal investments typified by angel funding.

Through the new WBAA platform, angel investors hope to find investment opportunities overseas, as well as help portfolio firms aiming at global markets connect with investors and industry contacts outside India. Each member will flag off deals in its respective country if the start-up has global potential.

Some draw a parallel with the VC business, which, too, was a primarily local phenomenon in Silicon Valley in the US for several years until firms such as Draper Fisher Jurvetson (DFJ) and Sequoia Capitalwent global around the turn of the century, by setting up local offices and affiliate funds in other countries.

As more start-ups work on products and services with global potential, angel investors of WBAA want to create access to industry contacts similar to VCs.

“Private equity and VC firms have offices around the world and can capitalize on global linkages. But angels invest personal money, so we don’t end up doing that," says Srivastava. “This way, we can help companies expand in (other) markets."

So if an Indian entrepreneur is developing a product with a potential market in Europe, the forum tries to get European investors on board who can help the company create a niche for itself there, or vice versa. IAN recently invested in Singapore-headquartered robotics firm Robhatah Pvt. Ltd, which plans to enter India.

While VC firms have grown cautious in their investments during the current economic downturn, local angel networks have remained active. Since the global market meltdown in September, IAN has closed five deals and the Mumbai Angels, a group of 65 individual investors, has struck four, including two undisclosed investments in the retail and software domains.

“Institutional investors are turning away more deals than two years ago, but we have not cut back significantly as we are not a fund," says Praveen Chakravarty, co-founder of Mumbai Angels. “Our pace of deals has remained the same, but while it was not as much as a VC fund in a bull market, it seems more now since VC appetite has gone down."

In sheer number of deals, the angel networks are comparable with the most active venture funds in the country. IAN, set up in 2006 as the Band of Angels, has invested in 18 companies so far, while the two-year-old Mumbai Angels has made 11 investments. Firms such as DFJ and Helion Venture Partners have notched up such deal volumes in the last two-three years.

While IAN intends to invest in start-ups overseas that have Indian connections, Mumbai Angels says it will continue to invest solely in domestic oppo-rtunities.

In the coming days, WBAA plans to expand membership and also host a global angel conference in India towards the end of the year.