Mumbai: Online classifieds firm Quikr India Pvt. Ltd last month opened its site to the public after spending months in testing and building an extensive information database and a new front-end. The unveiling marked an internal transformation at the classifieds firm. 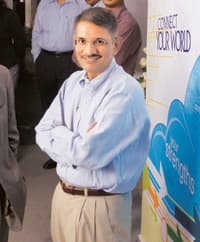 (CORPORATE SPIN-OFFS) But it was the February spin-off, according to Jiby Thomas, Quikr’s vice-president, marketing, that “gave us the ability to localize the product much more and go to market faster than before". In some ways, it is a win-win situation for a start-up of this kind as it gets to begin with not just a business plan, but the backing of a large corporate parent and VC money in the bank.

In the last year, at least four such companies have been created from business divisions within corporates and funded by VC firms here. Now, these companies are expanding management teams, adding new customers and trying to establish their own identities. ConnectM Technology Solutions Pvt. Ltd, born out of Bangalore-based telecom product company Sasken Communication Technologies Ltd, has grown from four people at the time of spin-off to 62 now, and has created seven applications in machine-to-machine communication for use in industries such as transportation, construction and energy.

While such spin-offs are not uncommon in the US and Europe, it is only in the current VC upturn that the idea has gained traction in India. An early example is mobile value- added service provider OnMobile Global Ltd, which received $15 million, or Rs63.6 crore, funding from Argo Capital Management Ltd, HNQ Asia Pacific and Satwik Venture Capital Partners soon after parent Infosys Technologies Ltd hived it off in 2000. Worldwide, large technology companies such as Cisco Systems Inc. and Intel Corp. have set a precedent in corporate spin-offs. There are even specialist VC firms such as New Venture Partners Llc., which has funded more than 60 such spin-offs till date including Lucent Technologies spin-off Flarion Technologies (acquired by Qualcomm Inc.) and BT Group Plc. spin-off Microwave Photonics (acquired by NextG Networks Inc.).

The biggest driver for a corporate to turn an internal business division into a standalone firm is a large enough market opportunity in a sector different from its core business. “The gestation period may be longer, but you have to assume a large significant marketplace two-three years from now, and by involving a VC, you share that risk," says Rajiv Mody, chairman and chief executive, Sasken, of the decision to spin off ConnectM with support from IDG Ventures.

In some cases, it may be a new geographical market rather than a technological one. The Indian and South Asian subsidiaries of interactive media company Cellcast Plc. were spun off into Cellcast Asia Holdings in an attempt to replicate the British parent’s business model locally, with added capital of $5.25 million from Canaan Partners, which took a significant minority stake in the company.

Still, the model has its share of challenges. “The VC has to bring back the start-up mentality (in a spin-off), away from immediate corporate goals towards long-term wealth creation," says Avnish Bajaj of Matrix Partners, which, in addition to Quikr, has invested $10 million in Intrex India Ltd, a part of the Essel Group that distributes prepaid cash cards under the brand Itzcash. And often, the customer base of the parent may not be of much use. “The market for our applications is entirely different from Sasken’s," says Vivek Khemani, head of strategy and finance at ConnectM.

A spin-off deal with VC backing could take months to close. Canaan, for instance, took more than five months to ink the Cellcast deal. “One has to manage the objectives of each investor well and it takes a lot of upfront effort to make sure everyone’s in sync," says Canaan managing director Alok Mittal.