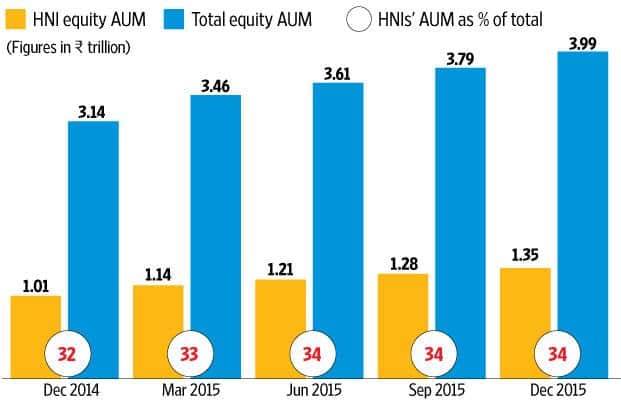 Despite market volatility in 2015, retail participation through equity mutual funds has seen a huge fillip. This went up by 17% from ₹ 1.68 trillion in December 2014 to ₹ 1.96 trillion in December 2015. Significantly, their contribution to the total equity AUM went down from 54% a year back to 49%. On the other hand, for HNIs, not only did the equity AUM increase by 33% from ₹ 1.01 trillion to ₹ 1.35 trillion, their contribution to the overall equity AUM also increased from 32% to 34%. 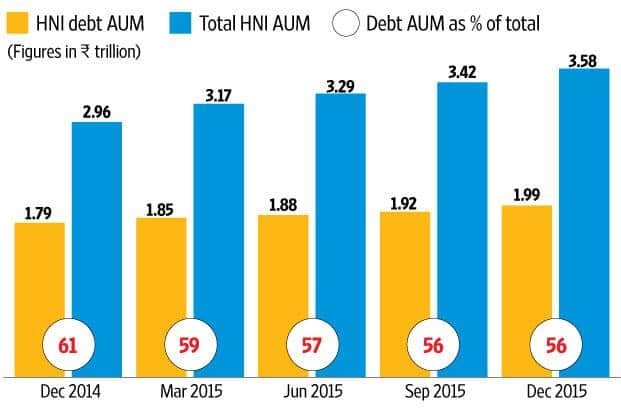 Beyond the top 15 cities 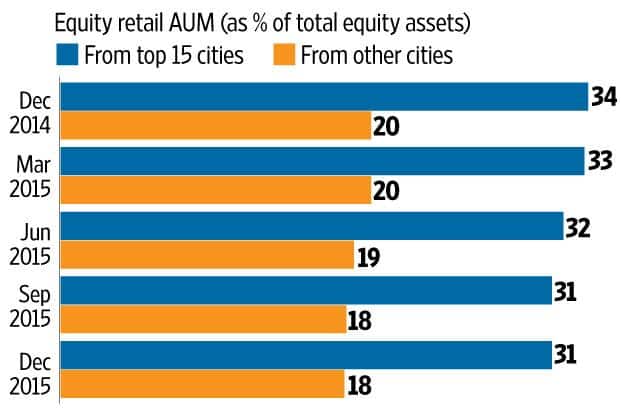 In terms of state-wise equity assets, data for retail is not separately provided by the AMCs. However, on an aggregate basis across all investor classes, Maharashtra led with 1.41 trillion, taking up 35% share of the market. Delhi followed, though far behind, with ₹ 41,019 crore and Karnataka with ₹ 31,245 crore.

It is surprising to note that a huge amount of ₹ 15,392 crore of equity AUM has been reported in the ‘Others’ category, meaning the state name is not available with AMCs and they must ensure proper detail entry from the know-your-customer angle. 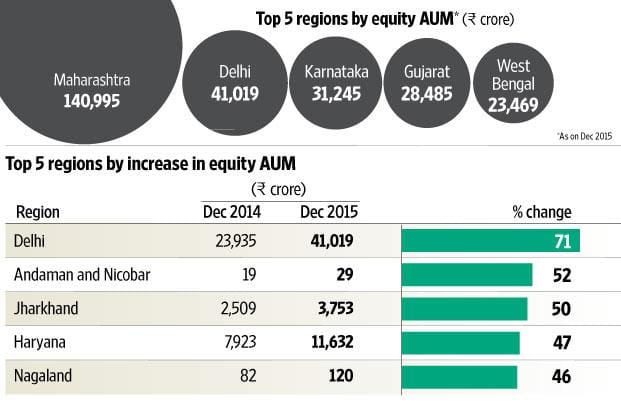