We can help scale up embryonic businesses

We can help scale up embryonic businesses

Bharti Airtel Innovation Fund, armed with a Rs200 crore purse and India’s mobile services leader Bharti Airtel Ltd as parent, is the new venture capital investor in town. The fund will pick minority stakes in start-ups in technology, media and telecommunications. It’s the first time an Indian telecom firm has set aside money to invest in related start-ups.

Bharti Airtel, meanwhile, has announced that it will enter into exclusive talks with Kuwaiti telecom firm Zain to acquire its African assets in a $10.7 billion (Rs49,755 crore) deal. The establishment of the fund underlines the growing importance of mobile value-added services (VAS) at a time when a price war is eroding the revenue of operators. 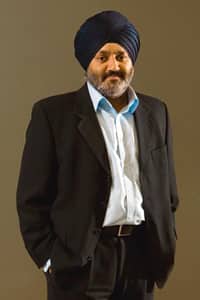 What led to the creation of the fund?

Bharti, as a group, are first-generation entrepreneurs. One of our philosophies is to encourage other entrepreneurs. Our domain expertise is in the technology, media and telecommunications sector. We were thinking of how we could promote entrepreneurs, leverage our expertise and monetize it when the opportunity comes.

There is a complete Chinese wall between Airtel as a company and the innovation fund. We benchmarked it (fund) against companies like (German business management software maker) SAP and (microchip maker) Intel, with whom our model is similar, but on a very small scale. We are looking to make more than 8-10 investments in the range of Rs5-20 crore over the next couple of years. The fund is small (Rs200 crore), but we want to put our toe in the water.

What is the fund’s unique selling proposition (USP)? How will it help portfolio companies?

I don’t think any company has problems in raising venture capital or private equity funding given the way India is positioned today. The first key USP is that we are engaged in the TMT (technology, media, telecommunications) space and companies can leverage our expertise across mobile, fixed line, DTH (direct-to-home television), IPTV (Internet protocol television), broadband, software services and passive infrastructure.

Second, these companies could have an inlet into 150 million Airtel customers as an anchor opportunity, which no one else can provide. But this depends on their merit in terms of quality and speed.

Third, Bharti can help scale up embryonic businesses. These USPs are different from pure money.

What will be the fund’s investment strategy?

We are looking at early-stage entrepreneurs who might not even have a revenue stream, but a product that we would like to support or an entrepreneur who already has some customers and is looking for expansion capital.

How significant is the mobile VAS space today?

The VAS market is becoming more and more prominent today. There is so much pressure on voice pricing. What used to be priced in rupees is now in paise and that is impacting operators’ revenues. While volume in terms of minutes is there, there is a pressure in terms of rupees per minute. Historically, operators did not care as volumes were growing and pricing was fine. Now, as a result of this (price war), they are looking at alternatives.

We believe that customers, who are used to a payment pattern, do not typically want to pay less. If the voice bill comes down, there has to be something for the operator that bridges the gap. In the last year or so, the demand for bringing out new applications for customers in the VAS space for both businesses (such as sales force automation) or for consumers is gaining prominence.

How have mobile VAS players evolved in India?

There are not too many killer applications yet, but they are coming. I am a great believer in ABCD (astrology, Bollywood, cricket and deal-making such as stock markets). If you get applications from a revenue perspective in these spaces, you could be on to something.