Cardamom auctions to get digital makeover

Cardamom auctions to get digital makeover

Kochi: Cardamom auctions across India will go the electronic way from the second week of December.

The first step towards this goal was taken by the government trade promotion body, Spices Board, three months ago when it introduced a pilot electronic auction project for cardamom in Bodinaykanur in Tamil Nadu. The board will set up the system in Kerala by next month. 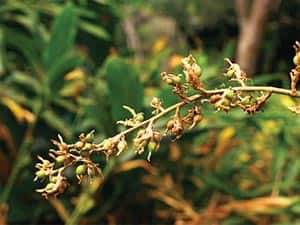 Bearing fruit: Cardamom seeds on a plant. The price of the spice is in the range of Rs500-540 a kg.

The board had initially proposed introduction of electronic auction at the five centres in the cardamom-growing Idukki district—Vandanmedu, Kumili, Nedunkandam, Puliyanmala and Thekkady. Since trading in Kerala avails of all these auctions, the board decided not to interfere with the schedule.

Once the e-auction platform becomes functional, all the five centres will shift their weekly auctions to the Ma Enterprises auction centre.

The auction system will now do away with the traditional practice of shouting out bids. Instead, auction participants will make their bids by the click of a mouse. Specifications, such as moisture and bulk density of every 50-75kg lot, offered for sale, will be displayed on the main screen at the auction centre to help bidders assess the quality of the commodity.

The new system will ensure the anonymity of the bidder and help discourage manipulations or price fixing, and dominance by any one buyer or group. The move is expected to enhance transparency in the trade.

The auction system at Bodinaykanur has been in progress and all reports point to the process running fairly smoothly. The board now proposes to install a few more computer terminals to meet the demand of the traders soon, says S. Kannan, Spices Board director.

India’s annual cardamom production has been in the 11,000-tonne range. It is expected to decline to around 8,500 tonnes in 2007-08, because of the late monsoons. Currently, cardamom prices are in the range of Rs500-540 a kg. Spice exports until October for fiscal 2008 are up by 50% in value compared with the year-ago period, a board statement said.