JSW Steel Ltd’s decision to merge JSW Ispat Steel Ltd with itself is a logical conclusion to its buying a strategic stake in the steel maker—then known as Ispat Industries Ltd—in December 2010. One may wonder why now, as the acquisition will increase JSW Steel’s debt burden when economic conditions have dulled the outlook for steel makers. Valuations may have played a role in the decision.

JSW Steel had maintained Ispat as an associate and not a subsidiary company, with an equity stake of 46.7%. This meant a proportionate share of JSW Ispat’s profits or losses would be included in JSW Steel’s consolidated financials, but its assets and liabilities would remain separate. It was important, given JSW Ispat’s debt burden and eroded net worth. 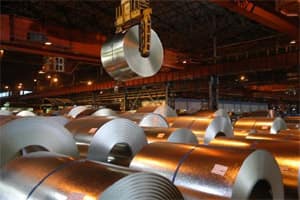 If JSW Steel had announced a merger in 2010, its equity dilution would have been higher, a possibility even now if JSW Ispat’s share were to rise faster.

From the time JSW Steel announced the acquisition till now, JSW Ispat’s share has fallen by 60%, but JSW Steel’s has fallen by 41%. If JSW Steel had announced a merger in 2010, its equity dilution would have been higher, a possibility even now if JSW Ispat’s share were to rise faster. At the exchange rate of 1:72, JSW Steel’s equity capital will increase by 8.3%. It should be acceptable, assuming the merger’s intended benefits materialize.

What will the merger do to JSW Steel’s performance? A JSW Steel presentation shows that notionally, for the past 12 months ended June, sales would be higher by 20% and Ebitda by 18.3%. Ebitda, or income before interest, taxes, depreciation and amortization, is an indicator of a company’s profitability.

The cancelling out of inter-company transactions (between JSW Steel and JSW Ispat) has meant that the combined entity’s Ebitda margin would fall by about 20 basis points. That is a relatively small hit on its financials.

The timing also means when these improvements happen, they will be visible inside JSW Steel’s financials. But one concern for investors will be the impact on its balance sheet and on interest costs. JSW Ispat’s eroded net worth, accumulated losses and high gearing can affect JSW ’s balance sheet profile.

But there is a surprise here. A company presentation on the merger shows the pro-forma net worth to increase to ₹ 21,896 crore post-merger, despite the individual figures totalling to ₹ 18,037 crore. How this happened will be clear when the scheme document is made available, but it has meant that the net debt to equity ratio increases by only 6 bps, despite debt rising by 37%.

Anticipation of improving operational performance and the risk of JSW Ispat’s valuation rising appear to be contributing reasons for the merger. Simply put, it has been timed in a manner to coincide with the upcoming JSW Ispat projects, and eliminate the risk of extra dilution if its price were to rise sharply.The near term will see some negative impact on JSW Steel’s financials, especially due to higher interest costs, but JSW Steel will also have JSW Ispat’s accumulated losses to bring down its tax incidence. The net effect will be visible when the first post-merger results are announced.

We welcome your comments at marktomarket@livemint.com.