According to BSE data, DIIs, which largely comprise of mutual funds and insurance companies, pulled out a net of Rs1,363.58 crore from Indian equity markets in November so far

According to BSE data, DIIs, which largely comprise of mutual funds and insurance companies, pulled out a net of Rs1,363.58 crore from Indian equity markets in November so far.

On the other hand, improving risk appetite has prompted foreign institutional investors (FIIs) to revisit their earlier underweight stance towards emerging markets, and one among them is India. Since the start of the year to 22 November, FIIs have bought a net of $961.11 million of Indian shares, and are set to be net buyers for the month, for the first time since March this year.

Market observers attributed the DIIs’ selling to locking in gains made in October, and caution ahead of ongoing state assembly elections.

Mutual funds ploughed in a net of Rs1,113.08 crore since the start of the month to 22 November, data from the Securities and Exchange Board of India showed. This is substantially less than the record Rs24,047.32 crore they infused in October, at a time shares fell sharply. 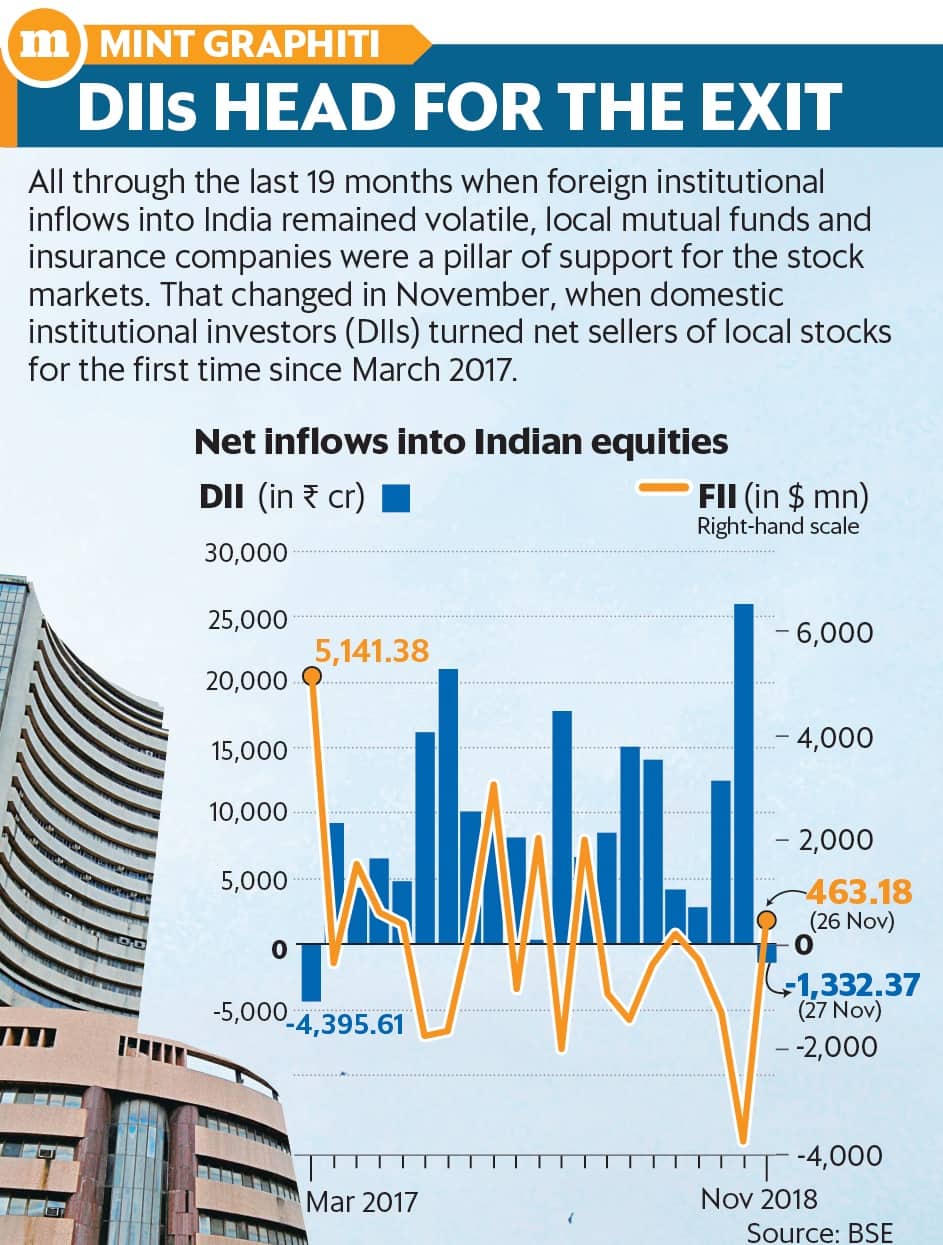 Benchmark equity index Sensex is up 3.11% so far in November, after falling 4.93% in October. India’s macro situation has also improved with sharp correction in oil prices, and some respite for the rupee.

A few said the assembly elections kept DIIs away.

“It is an issue of just trying to be a bit cautious ahead of state elections. Having said that, the decline in crude and stable rupee will make sure that this lull may not stay for long," said Singh.

Counting of votes in five states, including Madhya Pradesh, Rajasthan, and Telangana, will be held on 11 December.

“Profit booking is not ruled out for some players, because cash levels are still high across the industry," Singh added.

Insurance companies too seem to be staying on the sidelines.

Indian equity market’s largest institutional investor, state-run Life Insurance Corporation of India (LIC) did not respond to an email asking about its equity investments in November.